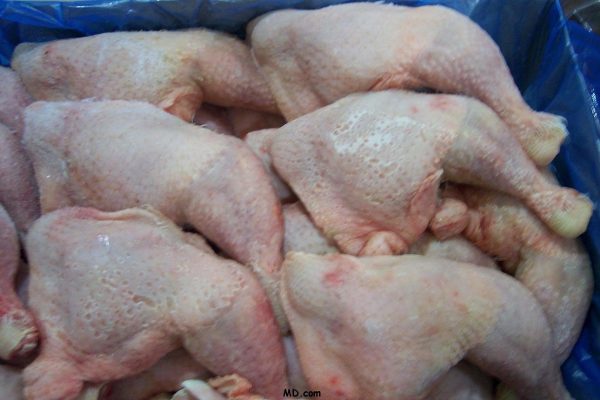 The Minister of State Agriculture, Heineken Lokpobiri gave the warning on Thursday in Abuja during a meeting with the National Association of Nigerian Sea Foods Stakeholders.

He condemned increasing rate of importing unwholesome frozen foods such as Tilapia, Red Pacus, River Bream, Pangasius, Horse Mackerel, Sardine, Croaker into the country stressing that anyone caught will be duly prosecuted according to the law.‎

According to him, it is illegal to import frozen foods through the land borders, adding that the circulation of unhealthy fish and fishery products in the local market has resulted in serious health implications such as kidney disease, cancer among others.

Lokpobiri said: “The ministry is using this medium to warn all those involved, colluding, aiding and abetting in these nefarious activities to stop or face the full wrath of the law of the Federal Republic of Nigeria. Importation of fish without a licence attracts 5year imprisonment or a fine of $250,000 or both, in addition to forfeiture and destruction of the vessel and its products.

“For the avoidance of doubt, the Federal Ministry of Agriculture has put in place measures to arrest, detain and prosecute offenders as provided in the sea Fisheries Act Cap S4 laws of the Federation 2004. Such persons would be dealt with as criminals and economic saboteurs”

Heineken revealed that the federal government has taken advisory from the Central Bank in the allocation of 800,000mt quota for frozen fish importation to bridge the 1.2million demand gap.

To check the illegal activities the minister stated that the government has been collaborating with countries in the Gulf of Guinea, Nigerian Customs Service, Maritime Police, Nigerian Navy and the Nigerian Agriculture Quarantine Service (NAQS).

He noted that “if we are unable to get these people before smuggling the product into the country, we will deploy our officers to begin inspection of the cold rooms and by next week I personally will go to some of these cold rooms to inspect.”

In his remark, the National President of the association, Mr Lamina Rasheed pointed out that importers are made to pay 14 percent of their total cargo to the federal government, unfortunately, smuggler pay nothing, making it difficult for licenced operators to favourably compete with them.

He lamented that Frozen fish imported by the licenced operators are wallowing in the Cold Rooms because the smugglers have flooded the market with their product selling at any price range as against them.

He said: “The smugglers have done a lot of damage, we have a lot of stock now in the cold room that we ate unable to sell due to the activities of these unpatriotic people”.

Reacting to why prices of frozen fish have gone up in the market, Lamina said the CBN was no longer providing forex for frozen fish operators as the product has being delisted from CBN list.

“So we have to source for forex from the black market at N520 – N465 to $1 so for us to make profits, the consumer bears the brunt. We are appealing to the CBN to. Include Frozen fish on their list so that operators would be able to get forex at a cheaper rate which also translates to cheaper fish for consumers”, he stated.