A 22-year old man has been arraigned before an Ikeja Magistrate Court, for allegedly stabbing a barber with a broken bottle, was on Friday.

The accused, Oladele Wahab, a resident of Abibatu Street, Dopemu, Ikeja, is facing a charge of assault.

The Prosecutor, Sgt. Joseph Ajebe, told the court that the accused on Feb. 10, assaulted the barber, Hammed Alade, and stabbed him with a broken bottle on his hand.

“The complainant alleged that he was sitting in front of his house around 11.50 p.m, when the accused and his friends started throwing stones at him.

“When the complainant confronted the accused and his cohort about stone throwing targeted at him, Wahab pounced on him and stabbed the complainant with a broken bottle on the hand,’’ he said.

According to him, the offences contravened Section 171 of the Criminal Law of Lagos State, 2011.

The Magistrate, Mr O.A Komolafe, granted the accused N100, 000 bail with two sureties in like sum.

He adjourned the case until March 30 further hearing. 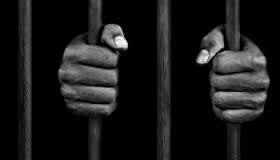