The state of Hawaii has filed a lawsuit against President the U.S  Donald Trump’s new travel ban. 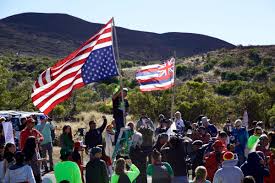 The lawsuit was filed in a federal court in Honolulu on Wednesday, National Public Radio reported.

Chin said: “under the pretense of national security, it still targets immigrants and refugees.

“It leaves the door open for even further restrictions. Our office is reviewing the new order and will decide what next steps may be necessary.”

The justice department so far has declined to comment on the lawsuit, according to reports.

The new order, which takes effect March 16, bans tourist, immigration and most other entries to the U.S. from six countries for 90 days: Iran, Libya, Somalia, Sudan, Syria and Yemen.

Iraq, which was included on the previous ban issued Jan. 27, is no longer on the list.