The Small and Medium Enterprises, SMEs on Monday has recieved a boost of $141 million from the Central Bank of Nigeria, CBN as a special foreign exchange. 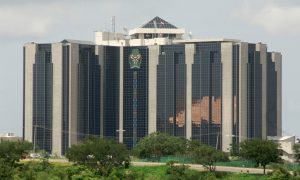 This was confirmed by the CBN spokesperson, Isaac Okorafor, he said the new supply window would enable SMEs import eligible finished and semi-finished items not exceeding $20,000 for an enterprise per quarter.

Mr. Okorafor said the special intervention by the CBN became necessary following its findings that a large number of SMEs were being crowded out of the forex space by large firms.

“The sum of $20,000 per SME customer per quarter can be effected by telegraphic transfer subject to completion of Form ‘M’ supported with proforma Invoice and the importer’s Bank Verification Number, BVN,” Mr. Okorafor explained.

Besides, he said, all processing banks were to ensure that the importers submitted relevant shipping documents not later than 60 days from the date of the transfer.

Information posted on the CBN website defines Small and Medium Scale Enterprises as enterprises with asset base of between N5 million and N500 million (excluding land) as well as a labour force of between 11 and 300.

Mr. Okorafor further disclosed that the CBN had begun the massive sale of foreign exchange in different sectors of the forex market this week.

On April 10, the Bank intervened by offering about $100 million to authorised dealers at the forex auction in the interbank wholesale window.

On the bureau de change segment, Mr. Okorafor said about $10,000 each was sold to BDCs to meet the needs of low-end users in the country.

The spokesperson said that the dealers in the wholesale segment would have value for their respective bids on Tuesday, April 11, 2017.

According to him, about $99.5 million was picked up by dealers out of the $100 million offered by the Bank during the last wholesale auction on April 6, 2017.

Meanwhile, operators in the BDC segment funded their accounts with the CBN in anticipation of picking up the dollar equivalent ($10,000) on Tuesday, April 11, 2017.

Indications were that the CBN may continue its special intervention in the market with the sale of more dollars to BDCs and in both the retail and wholesale windows in the course of the week.