A Lagos socialite known for extravagant spending at high profile gathering has reportedly disappeared into the thin air after being overwhelmed with debt. 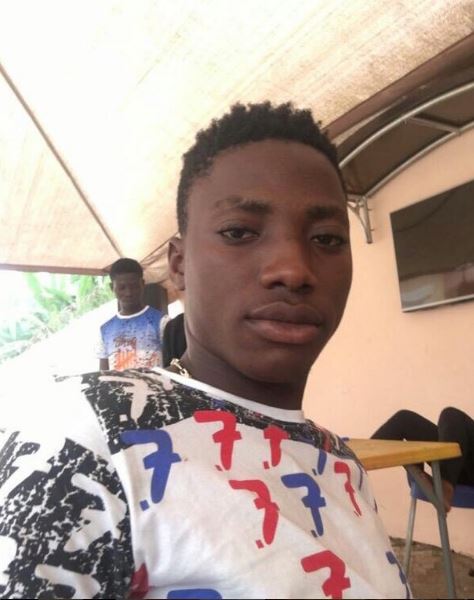 Wasiu Adekunle Oladimeji aka Ejanla on the 7th of April, 2017 successfully played the management of Rubies Lounge in Lagos after incuring a massive debt of N1.1million on alcoholic drinks.
The young man is currently wanted as a ‘nationwide search’ has been initiated to smoke him out of his hiding. 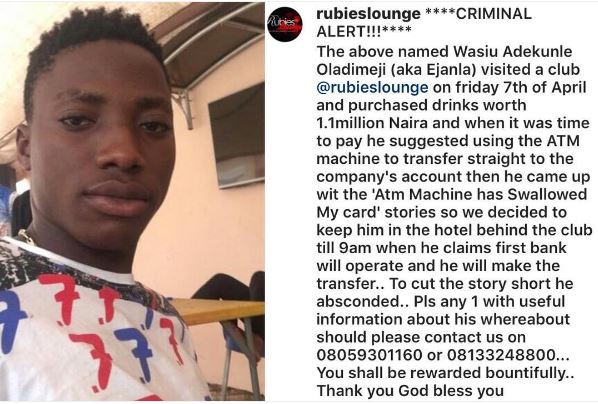 According to rumours gathered, Ejanla whose source of livelihood remains unknown and highly questionable has been shutting down social gatherings with his unfounded financial process before he apparently ran short of cas