Former President Goodluck Jonathan has denied the allegation that he received $200m from the $1.3bn Malabu oil deal.

This was made known by the Media Adviser to the former president Ikechukwu Eze, on Tuesday, who described a story published by Buzzfeed as false.

He said that it was sponsored by those who were threatened by his rising profile in the international community, adding that the story was meant to tarnish his image.

The former President said, “It is one more in the series of fake news sponsored by those threatened by Dr. Jonathan’s continuously rising profile in the international community.

“Commonsense should have shown the purveyors of this slander that the Malabu oil deal far predated the Jonathan regime and it would only make sense for him to be bribed if he had a time machine to go back in time to when the deal was struck.”

According to Jonathan, the report relied on hearsay evidence from a man, who provided no substance to back up his false claim.

He said, “The man quoted by the report said he ‘assumed’ that Dr. Jonathan would be bribed.”

The former President wondered how the assumption of a man could be enough to smear the reputation of a patriot and international statesman of his calibre.

“The report also wrongly claimed that ‘Jonathan and Etete’ had known each other for years, according to Shell staff, when Jonathan served as a tutor to Etete’s children while he was a minister.”

He said that the claim was clearly ridiculous, adding that nothing could be further from the truth.

The statement said, “In the first place, the former President couldn’t have been a ‘tutor’ to Etete’s children without first establishing a contact with the family. This is because Jonathan met Etete, who served as the Petroleum Minister in Gen. (Sani) Abacha’s military regime for the first time under the succeeding civilian administration, when he was already the deputy governor of Bayelsa State. Even then, the fact remains that ex-President Jonathan has never met any of Etete’s children.

“Jonathan could not have been anybody’s private tutor during that period because he was already in the directorate cadre in the Oil Mineral Producing Areas Development Commission, (now NDDC), having already left the academics, at the time Etete was a serving minister.”

He said that the latest allegation came after the publication of a story that he refused to help the British Government in rescuing the Chibok girls.

The former President noted that the British Government had  denied the story.

He also cited a publication that he planned to contest the 2019 election as another lie.

The statement added, “It is instructive that this same old fable apparently intended to rubbish Jonathan’s name locally and internationally is being recycled with more lies added to garnish the narrative, at a time the ex-President is making efforts to resolve the issues in the Peoples Democratic Party.

“Again, let us point out for clarity and for the umpteenth time that while he was in office and now that he is out of office, former President Jonathan did not open and does not own any bank account, aircraft or real estate outside Nigeria. Anyone with contrary information is challenged to publicly publish same.” 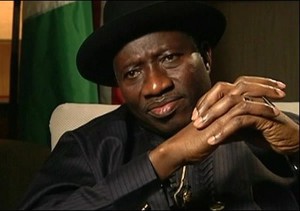