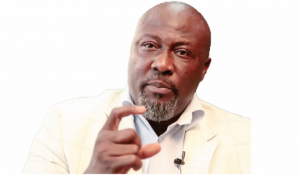 The Five persons charged with attempt to assassinate Sen. Dino Melaye have been granted bail by the Kogi High Court on Monday,  including the Administrator of Ijumu Local Government, Alhaji Taufiq Isah, .

The judge who presided over the case,Justice Arome Akogwu, in granting the bail in Lokoja, said the three weeks the accused spent in custody was far beyond the period allowed by the Constitution.

Akogwu also said the accused, through their counsel, A.M. Aliyu (SAN), in his oral application for bail, had undertaken to attend their trial adding that the prosecuting counsel did not object to the presumption of innocence pleaded by Aliyu.

The judge, therefore, expressed satisfaction with the submission of the defence counsel and granted bail to each of the accused in the sum of N1 million with a reliable surety who must be a senior civil servant in the state in like sum.

He adjourned hearing in the case No. HCL/58c/2017 between the Inspector General of Police and Alhaji Taufiq Isah and four others.

Simon said Isah committed the offence of abetment contrary to section 83 and punishable under Section 91 of the Penal Code.

According to him, Isah authorised other accused persons along with one Abdulmumuni with multiple nicknames including, ”Iron, Osama, Okene, Lukman and Lie Down Flat”, on April 14, to use the ambulance of General Hospital, Iyara for the operation to kill Melaye and his household.

The accused were also said to have while acting in concert and armed with guns attempted to commit culpable homicide punishable with death by firing guns severally at the house and rooms of Melaye inside the house with his family and security aides contrary to and punishable under Section 229 of the Penal Code.

Other offences include causing wrongful damage to the properties of the senator, including vehicles, walls and glasses when they allegedly shot at the said properties contrary to section 326 and punishable under section 327 of the penal code.

He added that two of the accused, Michael Bamidele and Ahmed Ajayi were in possession of firearms (one locally made gun each) without licence contrary to section 27(1)(a) of the Firearms Act CAP F28 LFN 2004.