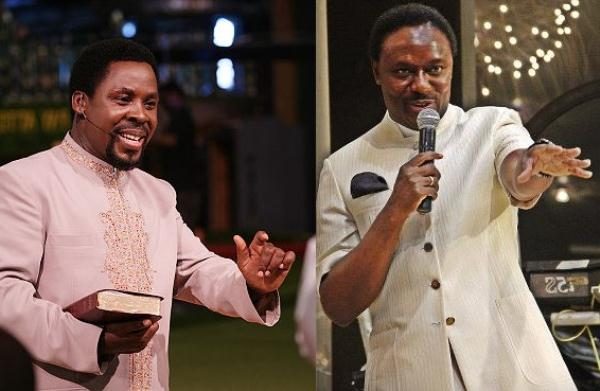 Flamboyant Nigerian Pastor Chris Okotie is the latest prominent voice to wade into the controversy over Prophet T.B. Joshua’s proposed relocation to Israel.

Speaking on Facebook, Okotie, who has long been an outspoken critic of Joshua, described the cleric as an attention-seeking “impostor”.

“He is controlled by a malevolent misanthropic spirit,” the pastor of Household of God International Ministries wrote on his official Facebook Profile under a news article he reposted detailing Joshua’s alleged relocation.

“His hypocritical jeremiad should be ignored. He is just another frustrated shaman seeking public sympathy,” Okotie wordily concluded.

However, followers of Okotie were surprisingly quick to rise to Joshua’s defence, commenting that the cleric had not been positioned to judge on such matters.

“Honestly, I do not think a brilliant man like Chris Okotie will castigate another who propagates God’s throne,” queried Tamaraudoubra Sultan Zimughan.

“On whose mandate is Okotie labelling T.B. Joshua a shaman? Go to both Churches and see whose is more of God? Look at T.B. Joshua’s life and that of Chris Okotie and see who is more fruitful”.

APC chieftain Timi Frank and PDP stalwart Femi Fani Kayode are among those who have joined the growing call for Joshua to remain in Nigeria, citing the spiritual, economic and social impact of his church.

Meanwhile, in a post on Joshua’s official Facebook page, the controversial cleric revealed the secret behind his ‘money’. According to him, the reward accrued from ministry cannot be quantified in material terms.

Speaking specifically about his foreign crusades, Joshua disclosed that he pays for the large majority of arrangements and does not touch the offerings collected during such events.

“My joy is to see people healed, delivered and blessed. That is my money. Each person that is delivered is more than $20,000 to me! That is the money God gives me – the joy to sleep in peace,” Joshua stated. 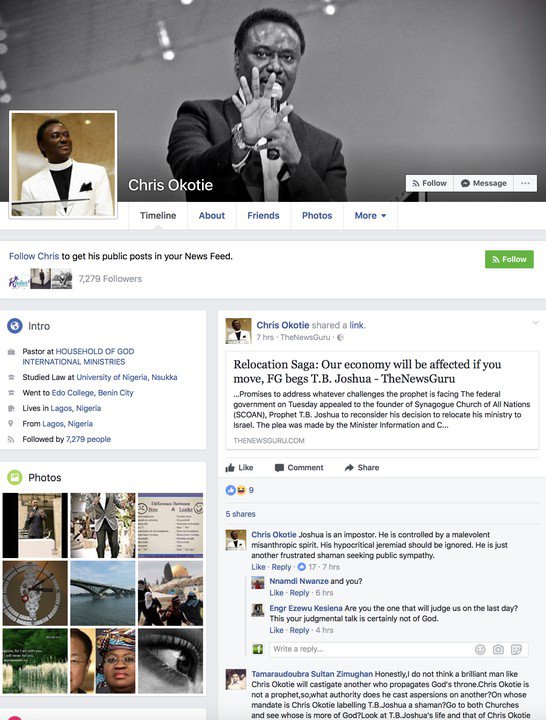