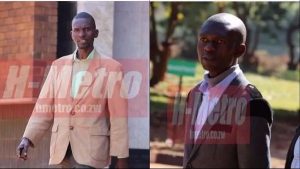 A pastor identified  Blessing Chemera, at Life in Christ Ministries in Norton has been dragged to court for allegedly duping another pastor in a botched residential stand sale deal.
It was reported that Pastor Chemera allegedly duped Pastor Douglas Mugadza of $1400 (about N527k) in a botched residential stand sale deal. Mugadza who is a pastor at Covenant Faith Ministries was said to have known Chemera from the Bible College.  Pastor Chemera was arrested and taken to the Harare Magistrates’ Court and charged with fraud.
The state counsel, Lovemore Siamunda alleged that sometime in September 2016, Chemera approached Mugadza saying he was selling a stand in Phase 17. Reports are that Mugadza expressed interest in buying the stand and paid the said amount towards the purchase of the said piece of land.
Prosecutor Siamunda had it that Pastor Mugadza discovered that his fellow clergyman had duped him after he made a follow-up and insisted that he wanted to see the piece of land he had paid for.
Pastor Chemera allegedly became evasive and failed to show Mugadza the stand. This made him to arrest fraudulent pastor.
Source: ( Gossip.naij.com )