Two shameless women have disgraced themselves in public as they were caught on camera fighting over a man. 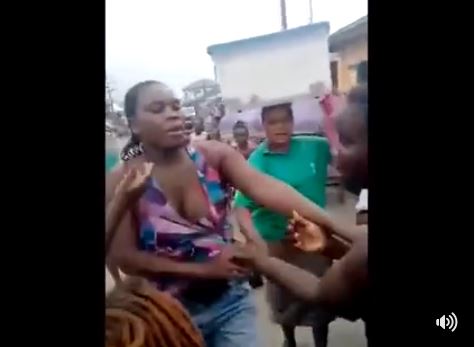 Two Nigerian women have disgraced themselves by fighting openly in public. The sad incident took place on a street believed to be in Lagos state. The women were said to be fighting over a man believed to be interested in in one of them.
Information gathered revealed that the woman strapping a baby to her back had fought the other single lady because she is against her brother marrying the woman.
But, it seems like she had told the brother and he refused to listen to her, which forced her to confront the single lady in public. The sad incident was watched by many people in the street.
Watch video below: