The Chief Medical Director, Lagos University Teaching Hospital, Idi-Araba, Prof. Chris Bode,  has confirmed that the crisis between the hospital’s management and the health workers has been settled.

Bode, in a statement in Lagos on Sunday, stated  that  various unions at the hospital had  also made a pact with the hospital management not to go on strike for the next 12 months.

Doctors, nurses and various unions at the hospital had staged several  protests to register their displeasure with its management in the last three weeks.

Some health workers were injured during a face-off with security agents at the hospital last week.

But Bode in the statement stated, “The recent crisis that surfaced between the management and some union members at  LUTH has been amicably resolved. We had a round-table family meeting with the union officials and a number of confidence-building measures were discussed.

“This followed the intervention of many eminent personalities who had expressed concern over the threat to peace within the teaching hospital. All parties agreed that the whole crisis stemmed from a series of misunderstandings and we  have since resolved to work together to achieve the first year of strike-free service after so many years of service disruptions.” 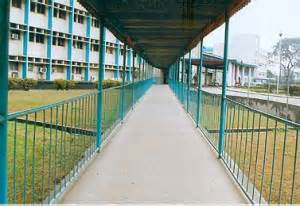