The Economic and Financial Crimes Commission might start a fresh investigation into   allegations of corruption against the Chairman of the Code of Conduct Tribunal, Justice Danladi Usman, according to reports. 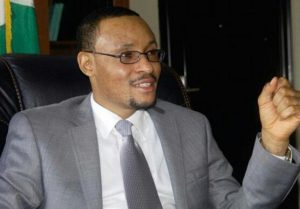 Sources at the anti-graft agency in Abuja said the commission had started screening all outstanding petitions against the CCT Chairman.

A top officer of the EFCC, who confided in The PUNCH, said after scrutinising all the petitions against the CCT chairman, the anti-graft commission would invite him for interrogation.

“I can confirm to you that the EFCC is set to reopen the probe of the CCT chairman. We are studying the petitions and he will be invited anytime from now,” the source stated.

It was learnt that the anti-corruption agency had more than a year ago begun a probe of the CCT chairman and submitted a preliminary report to the Office of the Secretary to the Government of the Federation.

It was learnt that copies of the petitions that were submitted to the National Assembly in 2015 by anti-corruption groups, were also sent to the EFCC for investigations.

The Senate had in November 2015 directed its Committee on Ethics, Privileges and Public Petitions to conduct a comprehensive investigations into the allegations of corruption levelled against the Chairman of the CCT.

The petition, which was signed by one Ajaso I. Ajaso on behalf of a group,  Anti- Corruption Network, was submitted   six weeks after the House of Representatives began  a separate investigation into the same petition.

The Senate President, Dr. Bukola Saraki,  referred the petition to the committee on Ethics, Privileges and Public Petitions and asked the Chairman, Samuel Anyanwu, to carry out a thorough investigation and report back in two weeks.

The CCT chairman, however, did not appear before the committee. The chairman, while presenting the report, said the investigation had been suspended because the House of Representatives was carrying out a similar exercise.

In the House, findings indicated that hearing on the petition was eventually stalled after the petitioners, the Anti-Corruption Network, could not prove the allegations against Danladi Umar.

The judge had made several appearances before the panel, which was chaired by Mr. Uzoma Nkem-Abonta, but frustration set in after the petitioners kept delaying proceedings.

The Attorney General of the Federation and Minister of Justice, Mr. Abubakar Malami, had appeared before the committee to admit that his office investigated the allegations.

However, Malami told the panel that the report of the investigations showed that the allegations were based on “mere suspicions.”

The matter was later stalled at the committee.

Also in November 2015, another group, the Human Rights Writers Association of Nigeria petitioned the two chambers of the National Assembly, demanding an immediate probe of an alleged N10,618,837,435  bribery scandal against the CCT boss.

The group’s petition, which was signed by its National Coordinator, Emmanuel Onwubiko, was addressed to Saraki and the Speaker of the House of Representatives, Hon Yakubu Dogara.

The group noted that the EFCC had started investigation into the alleged bribery allegations levelled against Umar.

It had alleged that there was a conspiracy   involving the EFCC, Office of the Attorney General of the Federation and the CCT.

When contacted on the telephone, the spokesman for the EFCC, Mr. Wilson Uwujaren, said he had not been briefed on such investigations.

“I am not aware. I have not been briefed on the matter,” he said.