The Petroleum Products Pricing Regulatory Agency on Tuesday has debunked any news of approving N5 increase in the pump price of Premium Motor Spirit, popularly known as petrol. 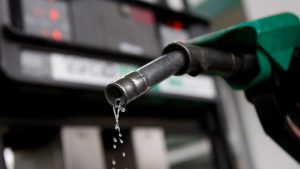 PPPRA is the authorised agency of the Federal Government that fixes and regulates the prices of petroleum products across the country.

It dispelled speculations of an imminent increase in the price of petrol by N5 per litre and stated that it had not given any such approval to anybody or group.

Last week, the Senate Committee on Works in its National Road Fund Establishment Bill, proposed a fuel levy charge that will make end-users, including motorists, to pay N5 tax on every litre of PMS bought at any filling station.

Although the move was rebuffed by various labour unions, the PPPRA on Tuesday stated that it was necessary to clear the air on petrol price, considering the growing speculation about an imminent increase in PMS cost following reports of the proposal by the Senate committee.

The agency’s Executive Secretary, Mr. Abdukadir Saidu, in a statement issued in Abuja, said, “The PPPRA has observed the growing speculation on a purported imminent increase in the pump price of PMS by N5 per litre. The agency hereby wishes to dispel this rumour and assuage the concerns of Nigerians.

“As the agency of government saddled with the responsibility of regulating petroleum products pricing, supply, and distribution, we want to assure the Nigerian public that the subsisting pump price cap for PMS remains N145 per litre across the country and as such, Nigerians should please ignore the speculation on the price increase.”

Saidu added, “We again wish to assure all Nigerians that pursuant to its mandate, the PPPRA shall not fail in its efforts geared towards ensuring products availability, and at a regulated price, for the benefit of all.”