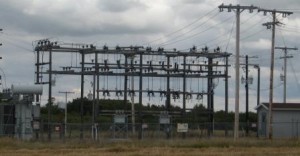 The Ibadan Electricity Distribution Company has stated that it would spend a total of N5bn to audit its assets and enumerate customers on its network, as part of measures to provide better services.

Following the privatisation of the nation’s electricity and distribution companies in November 2013, the core investors in the firms were expected to carry out asset and customer enumeration.

The Managing Director, IBEDC, Mr. John Donnachie, said at a briefing in Ibadan that it had taken the company a long time to get around the project because of the cost.

He said the liquidity challenge in the sector had made it difficult to fund projects, adding, “Our tariff and our collection issues don’t allow us to make enough revenue. We lose over N4bn a month. The cost of running this business, including the accumulated cost of fund, is over N70bn. So, what we are trying to do is to prioritise our key projects.

“The asset and customer enumeration project is a N5bn project that will span over two years. It is the technical audit of our assets and the data capturing of existing and prospective customers. It also involves the identification of developed, undeveloped and vacant properties within our franchise.”

Donnachie said the pilot exercise would commence in Ibadan-Elebu from June to August, adding that the company had engaged Exernegia-Geotechnics Consortium to carry out the exercise across the franchise areas.