An American Private Jet Company, Tapjets in a post on their Verified Twitter page says they reported Dammy Krane to the police which eventually led to his arrest.

According to them, Dammy Krane booked for their service using details of a stolen credit card. This was the reason they reported him to the police, and was of course later arrested for credit card fraud, grand theft and identity theft, totaling a 7-count charge.

This comes just after the singer took to his twitter to address claims of his arrest.

Recall that the drama started last night following reports that the ‘Incasity’ singer was arrested in Dade County, Miami, for credit card fraud, grand theft and identity fraud. His bail was set at over $22,000 and his mug shots were uploaded to online jail records.

On His Instagram page, Dammy Krane shared multiple pictures of himself aboard a private jet. Photos Below; 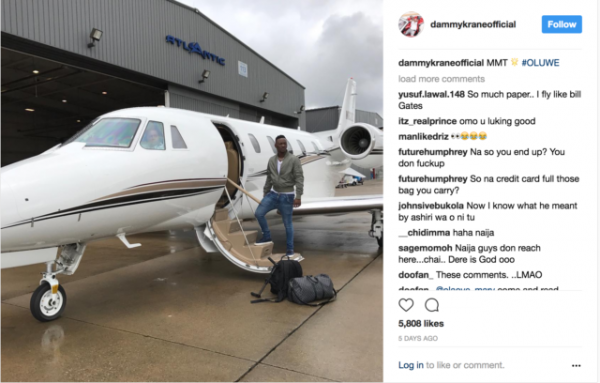 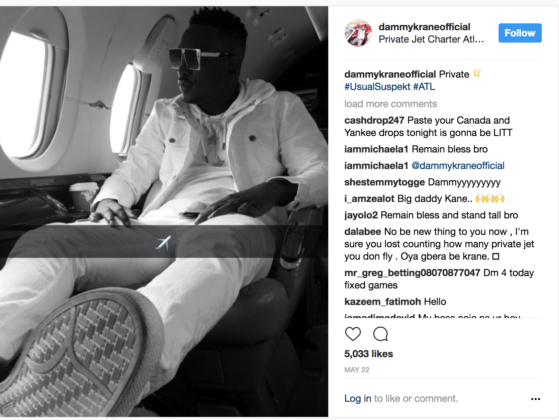 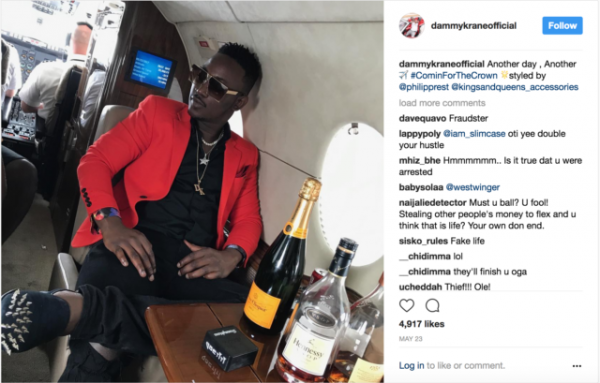