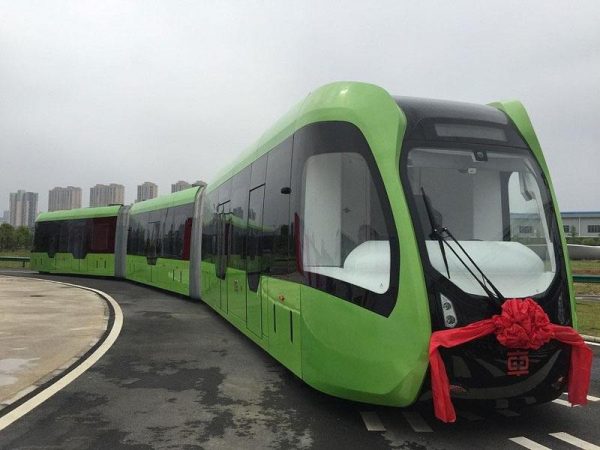 The world’s first railless train, developed by the CRRC Zhuzhou Institute Co. Ltd, was unveiled in Central China’s Hunan province on Friday. The 30-meter train, with three carriages, is part of the intelligent rail express system by the developer, and runs on rubber tires rather than rails.
The train can move at a speed of 70 km/h and can carry up to 500 passengers, offering new options for easing modern transport pressures. The train is also powered by electricity and can travel 40km per full charge. 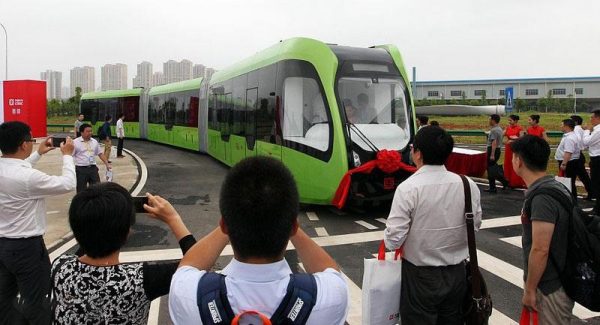 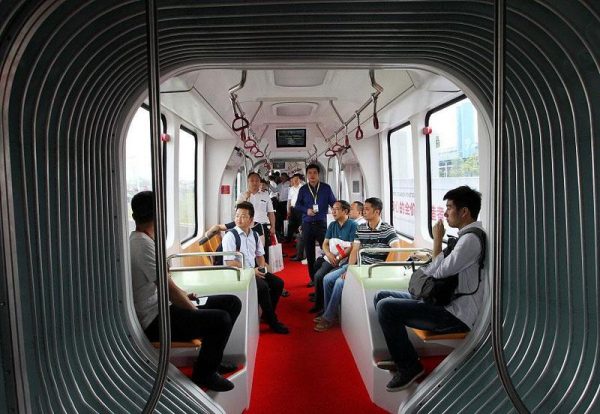 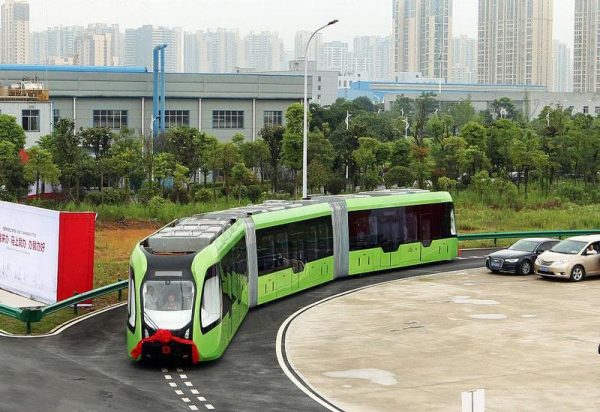 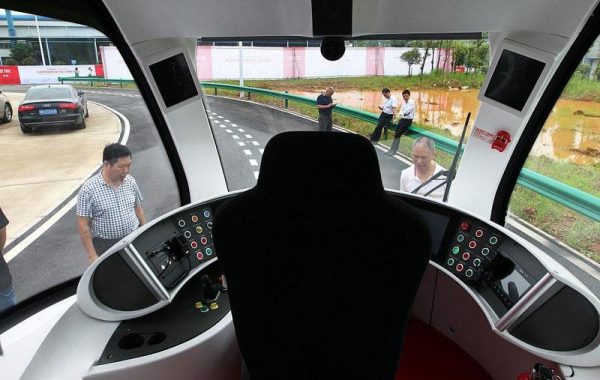