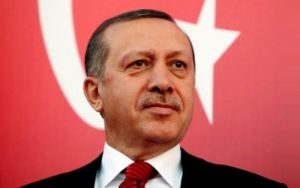 60 Nigerian students  will be offered scholarships in Turkey,this was made known by the Turkish Ambassador to Nigeria, Mr Hakan Cakil, on Friday.

The announcement in Abuja at a news briefing to commemorate the first anniversary of the failed coup his country.

He said that there were no fewer than 100 Nigerian companies operating in Turkey while about 75 Turkish firms were in Nigeria.

The envoy said that as part of Turkey’s collaboration to develop Nigeria’s education sector, it had been giving scholarships to Nigerian students.

He alleged that an influential Islamic cleric, Fethullah Gulen, who had been in exile in the U.S. since 1999, masterminded the botched attack.

The attack was allegedly staged by a faction of the Turkish Armed Forces in some cities in the country, particularly in Ankara and Istanbul.

The envoy said the government and people of Turkey were still struggling to overcome the trauma of the attack.

“Last year on the 15 of July, there was an unsuccessful coup attempt in Turkey. Unfortunately, this coup attempt claimed the lives of 250 Turkish citizens and much more severely wounded.

“We are still struggling to overcome this threat to our country because it was a major trauma for the Turkish people,” he said.

He stated that some people who wore army uniform drove out tanks against the people and shot at most of the people, killing hundreds of them, thereby bringing much trauma upon the citizens.

“Actually, it was not a typical military coup attempt or military push; it was a kind of terrorist uprising. Also, we can classify it as a major terrorist attack to the sovereignty of Turkey,” he said.

He described the incident as the worst act of terrorism as the plotters made use of lethal weapon and fighter jets, adding that they attempted to topple the government by bombing the Turkish National Assembly.

Cakil said that they also attempted to assassinate the President and the Prime Minister.

He said that the country was commemorating the event to honour those he described as “Turkey’s martyrs’’.

The ambassador used the occasion to appreciate President Muhammadu Buhari and the people of Nigeria for their support during the period.