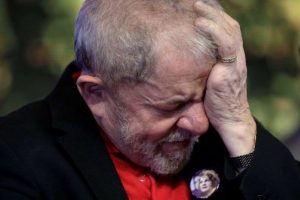 A former Brazilian leader Luiz Inacio Lula da Silva, was convicted on corruption charges on Wednesday and sentenced to nearly 10 years in prison.

The ruling marked a stunning fall for Lula, one of the country’s most popular politicians and a top contender to win next year’s presidential election. He faces four more corruption trials and will remain free on appeal.

Federal prosecutors have accused Lula, Brazil’s first working-class president from 2003 to 2011, of masterminding a long-running corruption scheme that was uncovered in a probe into kickbacks around Petrobras. The verdict represented the highest-profile conviction in Brazil.