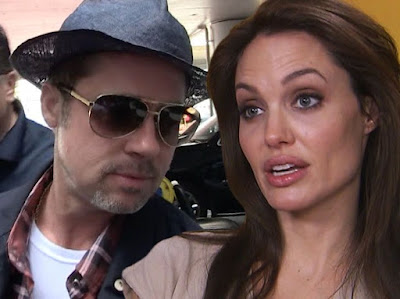 There were reports over the weekend that estranged couple Brad Pitt and Angelina Jolie were talking about reconciling and giving their marriage another try but according to TMZ, this is not true as the couple are deep in divorce talks. Read the story below…

Several stories have surfaced recently suggesting the divorce is on hold and they are thinking of rebooting the relationship.

Sources connected to the couple say nothing could be further from the truth. We’re told both sides are hashing out both child custody and property settlements, and the divorce is full steam ahead. One reason they will never get back together … Angelina made extremely damaging allegations against Brad, claiming he was abusive to their kids.

The investigations triggered by the allegations ultimately exonerated Pitt. Brad hasn’t hidden his feeling about the children — they’re at the top of his priority list, so it seems they’re at the point of no return in terms of reconciling.