Home News Feed Imagine What This Young Man Did to His Girlfriend For Turning Down...
Facebook
Twitter
WhatsApp
A young man who could not bear the embarrassment his girlfriend rejected his marriage proposal has reacted in a rather violent way. 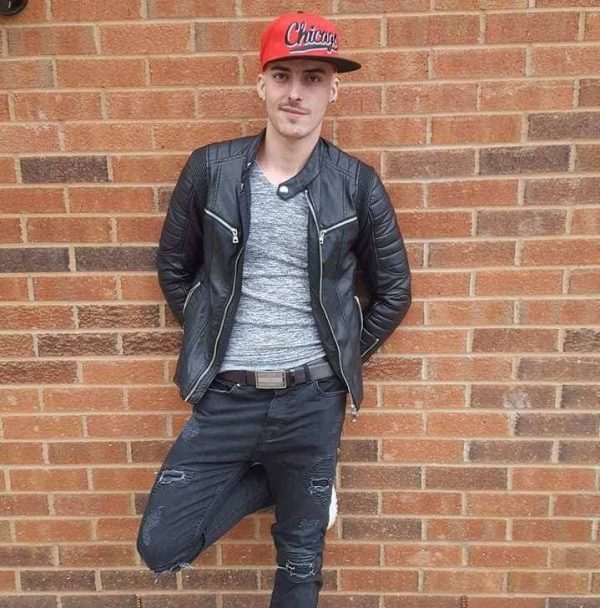 Andrei Pavel, a 25-year-old man has admitted to punching his girlfriend in the face after she turned down his marriage proposal.
According to Metro UK, Andrei Pavel had splashed out on an engagement ring and bunch of flowers to surprise Andrea Nagy with the romantic gesture at her workplace.
But when she replied ‘no’, he lost his temper and hit her in the face, knocking her to the ground and leaving her with ‘significant injuries’.
After being arrested, Pavel, who has no previous convictions, told police officers he was upset by the rejection.
Now the defendant, originally from Middleport, Stoke-on-Trent, has been banned from contacting his victim for a year after pleading guilty to assault by beating.
North Staffordshire Justice Centre heard Pavel and Miss Nagy had been in an ‘intense’ relationship for three months and had moved in together before hitting a rocky patch.
But Pavel was keen to get things back on track and turned up at Miss Nagy’s workplace on July 21 to propose.
Prosecutor Ruth Bentley said: ‘She described the relationship as intense. She moved in with him after two months but the relationship broke down and they split up.
‘Since that time he had been contacting her via texts. He did not want the relationship to end.
‘He was trying to get it back on track, and even purchased a ring and asked her to marry him.
‘She was handed a note at work, which said the defendant wanted to speak to her. She met the defendant who was waiting outside with a bunch of flowers.’
The court Pavel proposed to Miss Nagy but she said no.
Ms Bentley added: ‘He punched her to the face, knocking her to the floor for a matter of seconds. She was left with an injury to her face.’
The court heard Miss Nagy said she was scared of the defendant and described him as jealous and controlling.
Andrew Bennett, mitigating, said it was a single punch and added Pavel now accepts there is no future in the relationship.
Magistrates sentenced Pavel to a 12-month community order with a 30-day rehabilitation activity requirement and 150 hours unpaid work. He was ordered to pay £200 compensation, £135 costs and an £85 surcharge.
And he was made the subject of a 12-month restraining order which prevents him having any contact with his victim.
Chairman of the bench, Philip Taylor said: ‘This assault was serious. It was in a domestic violence context. The injuries sustained were significant. You went to her place of work.
‘She made it clear to you she was not interested in any further relationship or union with you. It was an unprovoked attack by you.’