Jonathan also condemned the hate song about the Igbos which is being circulated in Northern Nigeria, saying the song could lead to another breakdown of law and other.

He pointed out that a similar song was what led to the Rwandan Genocide in which hundreds of thousands of people were killed. 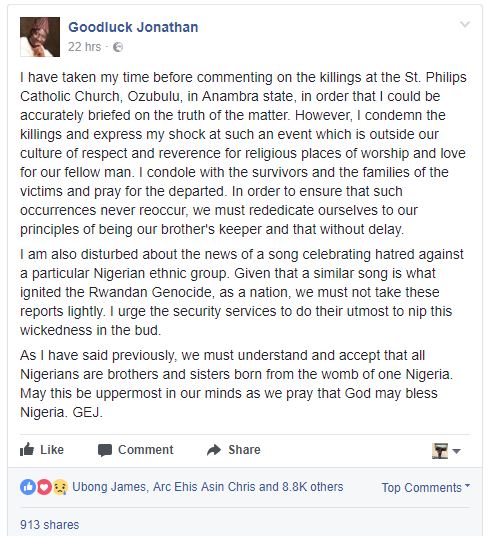