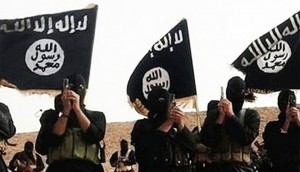 An alleged suicide bomb plot by the Islamic State group targeting the defence ministry and arrested was stopped by the Saudi security forces authorities, four suspects were also arrested during the raid on Tuesday.

Two of the suspects are alleged Yemeni members of IS while the others are Saudis accused of links to them, the official news agency SPA reported.

They were allegedly preparing to attack two defence ministry headquarters in Riyadh, it reported, without saying when the arrests were made.

“The two Saudis are suspected of involvement with two Yemeni suicide bombers, who were planning attacks against (defence ministry) buildings,” SPA said.

The Yemeni men were arrested “before they reached their intended target,” the agency quoted an unnamed official as saying.

Photos published by SPA showed a safe house — a small, one-storey building in an enclosed courtyard — where the Yemeni men had allegedly sheltered and trained to use suicide belts.

Other photos showed the prepared belts and homemade grenades found inside the house in a northern district of Riyadh.

Since late 2014, IS has claimed a series of bombings and shootings against Shiites and security forces in the Sunni-majority kingdom.

Saudi Arabia is a member of the US-led international coalition that has been battling the Sunni extremist group in Syria and Iraq.