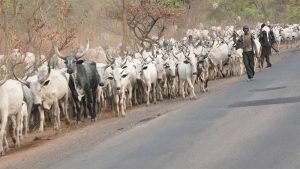 The Niger State Police Command  have confirmed the arrest of 22 suspected criminals, recovered 415 cows and seven cars in the state between July and September.

Austin Agbonlahor, the state commissioner of police, made this known while giving account of his stewardship on Sunday in Minna.

“It will interest you to know that from July 14 to September 2017 when I resumed duty in Niger state we have arrested 22 suspects which includes six cattle rustlers, five kidnappers and recovered 415 cows and seven cars,’’ he said.

Mr. Agbonlahor said that the police also recovered exhibits such as two AK- 47 rifles and one locally-made pistol.

He said that the cases of some of the suspects was pending in courts, some have been convicted while others are still under investigation.

The commissioner appealed to the public to continue to collaborate with the police to rid the society of criminals as the police cannot do it alone.

“This achievement was made possible with the cooperation of members of the public and our patrol teams spread across the state.

“I want to reassure you that the personnel of this command are working hard in order to reduce crime to the barest minimum.”

He added that the Inspector General of Police, Ibrahim Kpotum, would soon bring the “bail is free’’ campaign to the state as part of efforts to bring transparency and accountability to the force.