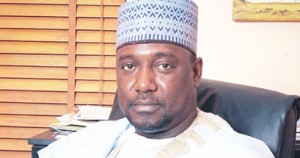 Governor Abubakar Bello of Niger State on Monday said N50 million was being released monthly for scholarships to address the falling standard of education in the state.

He said an audit of students in the state would be conducted to ensure the funds got to the right people.

Mr. Bello, who announced this on Monday at a public lecture, called on youth to equip themselves with skills that would enable them to contribute their quota to nation building.

The event was organised by the National Association of Niger State Students (NANISS) in Minna.

“The era of graduating and waiting to get a white collar job is over as such jobs are not available anymore.

“You need to pick up one skill or the other and be useful to yourself and the society as a whole,” he said.

He said acquisition of skills had become necessary as it was the only way forward for the country in its quest for economic prosperity.

He said the state government had concluded arrangements to train over 250 youths in various skills in 2018.

According to him, the state is committed to creating an enabling environment for youths to realise their full potentials.‎

He ‎advised the youth to shun vices inimical to their growth and general well-being as potential future leaders.

Mr. Bello decried the falling standard of education in the state, saying his administration had established three teacher training institutes to arrest the situation.

“The education standard in the state is poor but we are putting all hands on deck to address the problem.

“We have lots of unqualified teachers and “that is why we decided to set up three teacher training institutions in the state”.

He said the problem of infrastructure decay in public schools was also being addressed as nine schools were currently undergoing massive renovation under the whole school approach.