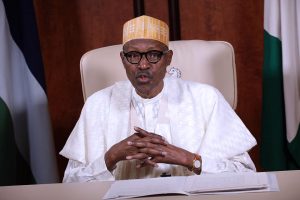 President Muhammadu Buhari, on Monday, cancelled his scheduled trip to Niger Republic, this was confirmed by his  Senior Special Assistant on Media and Publicity, Garba Shehu, had announced on Sunday that Buhari would join some world leaders for the 59th Proclamation of Republic of Niger ceremony in Tahoua, Niger.

Shehu had said Buhari, alongside the Presidents of Mali, Burkina Faso, Chad, Mauritania and Niger, would participate at the event held on December 18 of every year to commemorate the founding of the Republic of Niger and the creation of the Presidency.

“After the ceremony, the Nigerian leader will hold bilateral meetings with some of his counterparts before returning to Abuja same day.

“President Buhari will be accompanied on the trip by Governors Aminu Masari, Ibrahim Gaidam and Kashim Shettima of Katsina, Yobe and Borno states respectively,” the statement had read.

But Buhari did not embark on the trip on Monday as scheduled.

Shehu, however, explained that the President cancelled the trip because he felt satisfied that he had had useful discussions with President Mahamadou Issoufou in the course of the weekend meeting of the Economic Community of West African States in Abuja.

The presidential spokesman added, “President Buhari felt satisfied that he had had useful discussions with his friend and brother, President Mahamadou Issoufou, in the course of the weekend meeting in Abuja, of the Economic Community of West African States.

“After a phone call last (Sunday) night, between the leaders, President Buhari decided to send a delegation made up of the three governors of Katsina, Yobe and Borno states along with the Minister of State for Foreign Affairs to represent him.”