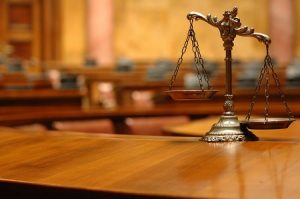 A tenant identified  as, Mr. Isaac Anumudu, became a landlord over the night when he was a aided by a Police officer to forcefully take over the family house of Bajulaiye on Victoria Island, and also detaining four of their members.

The family sued the Police officer, in a suit they filed before the Lagos State High Court in Igbosere, the family claimed that the police invaded their property known as No. 8, Agoro Odiyan Street, Off Adeola Odeku Street, Victoria Island, at the instance of Anumudu.

The family, who claimed that the property was bequeathed to them by their late father, Mr. C.O. Bajulaiye, said they were bewildered at “the strange claim to ownership of the building” by Anumudu and his company, Crown Star Ltd.

Their lawyer, Mr. Ebun-Olu Adegboruwa, is contending that the detention of the family members is illegal; adding that the statutory duty of the police does not extend to tenancy-related matters.

The family, through Adegboruwa, are seeking a court declaration that the arrest and detention of their members by the police “constitutes a flagrant violation of the applicants’ fundamental rights guaranteed under sections 35, 38, 40 and 41 of the Constitution of the Federal Republic of Nigeria, 1999.”