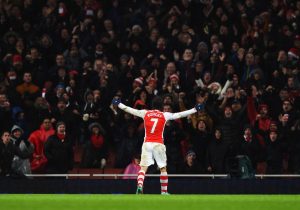 Czech Republic international and former Arsenal player, Tomas Rosicky, has retired from professional football, his retirement was announced at a press conference on Wednesday.

The 37-year-old, who re-joined boyhood club Sparta Prague in August 2016, revealed his body was no longer up to the challenges of the game.

“After careful consideration, I have realised I am no longer able to fully prepare my body for what professional football requires,” he said.

“I would like to thank Sparta for raising me, for being the first step in my career in big clubs, and for allowing me to say goodbye at the place I love the most.”

Rosicky’s contract at Prague had been due to run until June 2018 but he felt the time was right to call time for an impressive career.

Rosicky made his debut for the Czech Republic in 2000 and was named the captain in 2006.

He retired from international football in 2016 with 105 caps and 23 goals to his name.