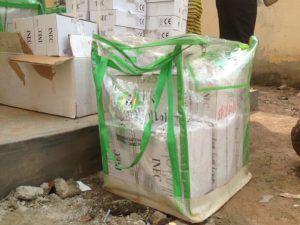 Groups observed that the Delta State local government election have confirmed that aside the general violence and malpractice recorded in the three senatorial districts in the state, electoral materials arrived voting centres where elections were allowed to take place very late.

At a press conference organised by the groups in Warri on Sunday to assess the outcome of the exercise, the accredited civil society stressed that there was no transparent distribution of electoral materials in the polling units visited by members of the observer groups.

Chairman of the groups, Mr. Friday Maduka, who addressed journalists on behalf of other groups’ leaders, listed some of the local governments where violence broke out to include Ughelli North and South, Ethiope West, Ukwani, Uvwie and Sapele.

Maduka said it was only cancellation of the entire exercise that would save the face of the Delta State Independent Electoral Commission and the state government under whose watch the election was conducted.

He said, “The election was marred by late arrival of materials, voters were seen stranded at the polling units waiting for voting materials.

“Most of the voting units visited in Delta Central, there were no voting materials throughout the scheduled time for the election exercise.

“In Ughelli North, there was commotion as angry electorate waited in vain for the arrival of voting materials. They took to the streets to protest their frustration and disappointment for not casting their votes.

“There was violence, voters were scared away from polling units or voting centres such as Oyubu waterside in Oghara, Okodibo, unit three, and also in Oyubu land; and in Jesse beside police station ward three.”

They noted further that ad hoc staff earlier hired for the exercise were replaced with thugs as presiding and returning officers, most especially in Ethiope West Council Area of the state.

“We conclude that the election held on 6th January, 2018, in Delta State was marred by violence, lack of transparency, not credible and not peaceful across the state.

“Therefore, we call for the outright cancellation of the election, and we call on Delta State Independent Electoral Commission to conduct a fresh election in the state,” Maduka added.