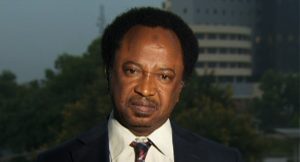 A member of the Senate, representing Kaduna Central, Shehu Sani, has blasted Nigerian leaders for focusing on the blood shed that is happening in some parts of the country, most especially Benue State.

He said this on Thursday at a national conference organised in Abeokuta, Ogun State by the Freelance and Independent Broadcasters Association of Nigeria.

The lawmaker noted that instead of taking proactive and measures towards addressing the challenges facing the country, political office holders were busy strategising for re-election in 2019.

The theme of the conference was: “Politics, Media and National Integration – Before 2019 Nigeria.”

In his lecture, Sani, who is the Chairman, Senate Committee on Foreign and Local Debts, also noted that Nigerian political parties lacked ideology.

He explained that the country was experiencing tension ahead of 2019 because politicians were only desperate for spoils of office and not interested in the welfare of the masses.

He said the All Progressives Congress might not have the luxury of ruling the country for 16 years like the Peoples Democratic Party, as a result of what he called gross contradictions within the party.

In order to prick the conscience of political leaders, Sani advocated peaceful protests by Nigerians.

He said, “All is not well with this country. This is the wrong time to shed blood in Nigeria. If you think that people in power will stop the problem in the country, you are in for a fool’s ride.

“The attention of the people is how to win elections and not how they can end senseless killings and bloodshed.

“It would require a mass, peaceful march in the streets from Nigerians to recharge the conscience of people in power.

“Nigerians are dying in hundreds and in thousands and some people felt what is important is INEC timetable, when is elections and when is primaries.

“It is difficult to hear any public office holder speak the truth because of political calculations. Anybody who says we are not in crisis now is deceiving himself.”

He wondered why people continue to defect from one party to the other, arguing that there was no ideological difference between APC and PDP.