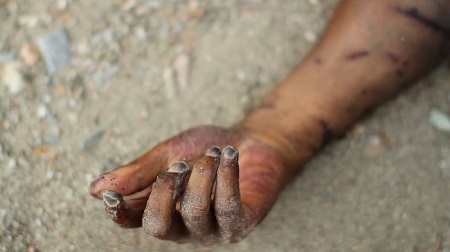 NAN reports that an Ilorin Magistrates’ Court on Thursday remanded a 25-year-old labourer, Bello Buda, over alleged murder of a farmer, Bagiri Garuba.

The Magistrate, Mohammed Bello, ordered that the accused be remanded at the Mandala Prison Yard, Ilorin.

He adjourned the case till Feb. 8, for further mention.

Earlier, the prosecutor, Insp. Funsho Zacheaus, told the court that the accused stabbed the victim with a knife in his stomach and used a cutlass to inflict injury on his head over trivial labour contract issue.

Zacheaus said the victim was rushed to the General Hospital Kaiama for treatment where he was later confirmed dead.

He said that investigation on the matter indicated that the accused attacked the deceased with a knife and cutlass over an argument between them on Jan. 7, at Labe village, Kaiama.

The prosecutor said the accused appeared before the court on a count charge of Culpable Homicide Contrary to Section 221 of the Penal Code Law.

He urged the court to remand the accused in prison custody pending the outcome of the investigation.