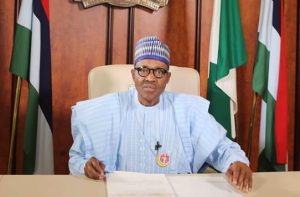 President Muhammadu Buhari has ordered that the list of recent appointments be reviewed, this was after the outburst of appointment of dead people into the boards of Federal Government’s agencies, the President has ordered the Secretary to the Government of the Federation, Mr. Boss Mustapha, to review the entire list.

The review, it was learnt, is meant to ascertain all nominees that need replacement on the list released last Friday.

It was further learnt that apart from those who were identified as having died before the announcement of their appointments, at least one person has also died between when the list was made public and now.

With the review, the inauguration of the living appointees by the relevant ministers are expected to be put on hold as they may not get their appointment letters until after the revised list must have been approved.

The Senior Special Assistant to the President on Media and Publicity, Garba Shehu, confirmed the President’s directive for a review of the entire list to our correspondent on the telephone on Thursday.

Shehu said those saddled with the responsibility had gone far in their assignment and would soon present their report to the President.

He said apart from the dead persons, those who have left the ruling All Progressives Congress but were included in the list would also be removed.

He said, “Yes, I can confirm to you that the process to replace the dead ones has started. We have listened to the concerns raised.

“The entire list is being scrutinised all over again. They have gone very far and they will be reporting to the President very soon.

“Even after the list was published, one nominee died. They need to take a second look at the entire list.

“There were also complaints about some persons who had left the party but made the list. We are looking at those ones too with a view to replacing them.”

Some of the dead persons on the list released included the late Senator Francis Okpozo, who died in December 2016. He was named the chairman of the board of the Nigerian Press Council.

Another was Donald Ugbaja, the late Deputy Inspector-General of Police who died in November but was listed as one of the board members of the Consumer Protection Council.

Also on the list was the late founder of Fidei Polytechnic, Rev. Christopher Utov, who died in March but was listed as a board member of the Nigerian Institute of Social and Economic Research.

Included on the list was the late Alhaji Umar Dange, an APC leader in Sokoto State, who was appointed as a board member of the Federal Medical Centre, Ebute-Meta.

Similarly, Kabir Umar, a former Emir of Katagum in Bauchi State, who died on December 9, 2017 was on the board of the Federal Medical Centre, Azare, Bauchi.

Another appointee, Ahmed Bunza, was said to have died at the Usman Danfodio University Teaching Hospital, Sokoto, and was buried on May 22, last year.

Shehu had on Saturday said there was nothing “scandalous or extraordinary” in the inclusion of the names of the dead persons in the list which he said had been prepared over two years ago.

He had said nobody could stop some of those included on the list from dying between when the list was prepared and when it was made public.

The presidential spokesman had assured Nigerians that dead nominees would be replaced.

He explained, “This list is a historical list. It dates back to 2015. The President asked all the state chapters of the APC to forward 50 names for appointments to the SGF through the national headquarters of the party.

“The then SGF, Babachir Lawal, presented the report in October 2016, one year after he was commissioned.

“The report was disputed by some state governors who said they were not carried along or the list was not representative enough.

“So, the President constituted a new panel chaired by the Vice-President. The panel has some governors and some leaders of the party as members. They were asked to go and review the list.

“The panel did its work and turned in its report early in 2017. The President had his health challenges during that period.

“Now that he is back and strong, he asked the SGF to go and release the list. So, the new SGF did what he was asked to do. There is nothing scandalous or extraordinary about what has happened.

“If a list was compiled like over two years ago, obviously some people would have died. Nobody can stop that from happening.

“Whoever is dead will be replaced. There is nothing extraordinary about it.”

Mustapha had in a statement indicated that the appointments took immediate effect.