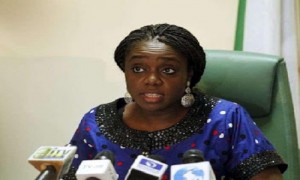 The federation account received a total inflow of N908.9bn in Value Added Tax receipts from the Federal Inland Revenue Service, figures obtained from the National Bureau of Statistics have revealed between October to 2016 and September 2017.

An analysis of the VAT report obtained from the NBS showed that the amount was collected from 28 sectoral activities during the period under review.

In the report signed by the Statistician General of the Federation and Chief Executive, NBS, Dr. Yemi Kale, the bureau said the manufacturing sector with N115.76bn generated the highest amount of VAT revenue.

The NBS report said the manufacturing sector is closely followed by professional services and oil producing sectors with both generating N83.76bn and N47.6bn respectively.

On the other hand, the report said the mining sector generated the least VAT of N136.38m in the one year period.

Other sectors that generated the lowest VAT revenue are the local governments with N798.08m and pharmaceutical, soaps and toiletries with N1.55bn.

The framework under which VAT is administered allows the Federal Government to get 15 per cent of VAT revenue, while the states and local governments receive 50 per cent and 35 per cent, respectively.

The Minister of Finance,Mrs. Kemi Adeosun, had said that 55 per cent of the revenue generated by the Federal Government from VAT receipts was collected from Lagos State.

Adeosun, had during a meeting with progressive governors forum explained that the balance of 45 per cent are generated from the remaining 35 states of the Federation and the Federal Capital Territory.

Giving a breakdown of the receipts from VAT, she said while Lagos accountedfor 55 per cent of VAT revenue, 20 per cent came from the FCT.

She added that Rivers, Kano and Kaduna states accounted for six per cent, five per cent and one per cent, respectively.

Cumulatively, she noted that these four states including the FCT accounted for 87 per cent of the entire collections from VAT.

She described the tax compliance rate in the country as very low, adding that this was why the Federal Government was taking proactive steps to improve the rate of voluntary tax compliance.

“I’m hoping that one day finance commissioners will stop needing to come to Abuja monthly to share from FAAC (Federation Account Allocation Committee) because the IGR (Internally Generated Revenue) will be sufficient.”

Based on allocation from FAAC, the Federal Government gets 15 per cent of VAT revenue, while the states and local governments get 50 per cent and 35 per cent, respectively.