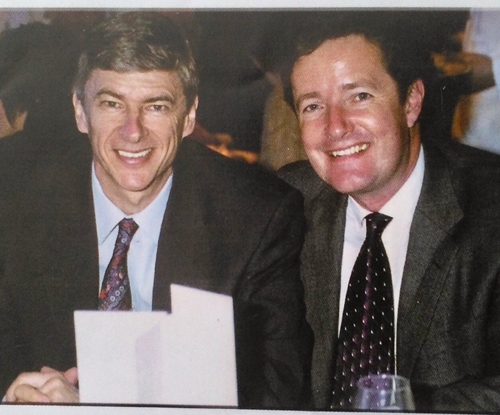 Arsenal were pathetic. No, hang on, that’s too generous. Pathetic means causing or evoking sympathy. I don’t feel any sympathy for the team who capitulated so appallingly to Manchester City. I feel blind fury and bitter resentment.

We were gutless, uninspired, creatively devoid and technically incompetent. We have no leader like Tony Adams or Patrick Vieira, we’ve become a soft touch and the players don’t know how to fight.

Wenger looked like a death row inmate waiting to be taken to the electric chair; angry, frustrated, careworn and suddenly very old. Arsenal are disintegrating as a major club before my eyes. It’s time Arsene Wenger and Arsenal parted company.

But here’s the thing: I didn’t write this last night after Arsenal were thrashed 3-0 in the Carabao Cup final — though it would have been perfectly appropriate. I wrote it nearly TEN YEARS AGO, in a MailOnline column on November 24, 2008, after a previous 3-0 beating by Manchester City.

And reading that column again now, it’s horribly clear that absolutely nothing has changed. In fact, Arsenal have deteriorated.

We’re sixth in the league table, 27 points off the lead and 10 points behind fourth-placed Tottenham. We’re out of the FA Cup, have just been humiliated in the League Cup final, and face probable elimination from the Europa League against AC Milan.

Last season was Wenger’s worst at the club. This season is shaping up to be even poorer. Yet he clings on, dragging the club he once so gloriously revolutionised into further dismal mediocrity with every day he refuses to quit.

As Arsenal legend Ian Wright put it so well on Sunday: ‘Watching Wenger now is like witnessing the ageing Muhammad Ali against Larry Holmes or Brazil’s Ronaldo when he got fat. The problem with Arsene is there is no one in his corner prepared to throw in the towel.’

Sunday was the latest of many recent humiliations for Wenger and Arsenal. It can’t go on. For his sake, the club’s sake and, most importantly, the fans’ sake.