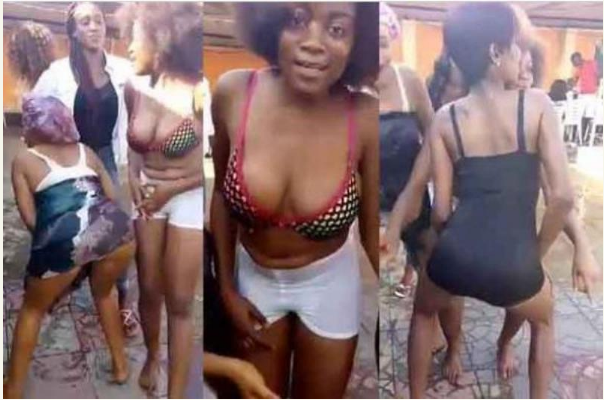 A policewoman attached to Zone D Command in Mushin, was beaten by sex workers in a popular hotel in the Papa Ajao area of Lagos. She was allegedly trying to arrest the ladies while they resisted and then beat her in the process.

Sources report that the police sergeant identified as Ihuoma Njoku while performing her lawful duties made the attempt to arrest one 25-year old Cherish John who tore her uniform and bathed her with a glass of beer she was drinking during the scuffle.

It was gathered that the suspect and other sex workers were angry that the police came to disrupt their businesses during the period they usually expected their clients in the evening. It was learnt that the police stormed the hotel to arrest the workers and they resisted.

However, everything became messy after the victim was attacked and the police mobilised other officers who eventually arrested Miss John who was alleged to be behind the attack and detained her at the police station.

She was charged before Isolo Magistrates court for conspiracy to commit felony and assault. She pleaded not guilty.

The Presiding Magistrate, Mrs. O.A. Adedayo granted her bail in the sum of N100,000 with one surety in like sum. She was remanded in prison custody pending when she will perfect her bail condition.

However, the suspect denied the allegation that she was involved in beating the policewoman. According to her, it was just a minor agreement at the hotel, but the police decided to implicate her just because she was the one that spear-headed the entire scuffle.

She went further to say that it wasn’t that she was delighted doing such work but she had no other means to survive and according to her, the Police are always at the hotel to disrupt their activities despite the fact that the management of the hotel settles them from time to time.