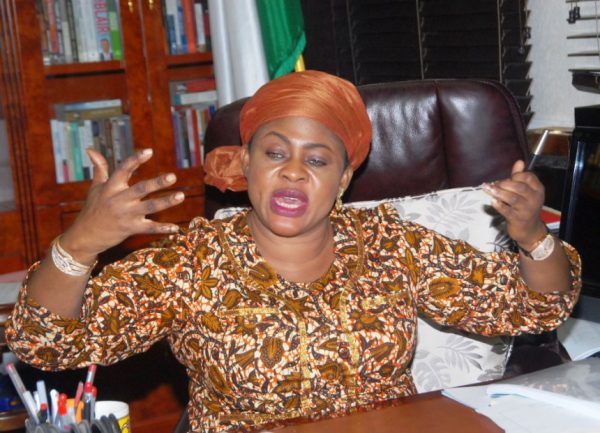 The Economic and Financial Crimes Commission (EFCC) have traced about N3.9billion of the N9.4billion to a company belonging to a former Minister of Aviation, Sen. Stella Oduah and five other firms. About 61 suspects have been grilled by the anti-graft agency in connection with the alleged diversion of the cash.The commission has raised a team to interrogate Mrs Oduah, a senator.

According to a fact-sheet, which was obtained by our correspondent, Tip Top Global Resources Limited, which is linked with the family of a former Secretary to the Government of the Federation, Sen. Anyim Pius Anyim, was paid N780million for unknown services.

The cash paid into Broadwaters was later diverted into another firm called Sobora International Limited to liquidate an existing loan into First Bank. The shareholders and signatories to the account are people related to Stella Oduah. Her cousin, who is a staff in her private company called SEA Petroleum and Gas Limited was a signatory into the account.

Another N1, 629,250,000 was paid into the account of Global offshore and Marine Limited out of which about N840m went to Crystal TV Limited. The shareholders and signatories to the account of Crystal TV are related to Stella Oduah and the cash was used to liquidate existing loan by Crystal TV.

From the same N1.6b, about N780million was transferred to Tip Top Global Resources Ltd belonging to the family of a former Secretary to the Government of the Federation, Sen. Anyim Pius Anyim where Anyim’s staff were discovered to be signatories to the account.

Meanwhile, the EFCC has raised a panel to interrogate Sen. Oduah, who is scheduled to appear before the team on February 19th.