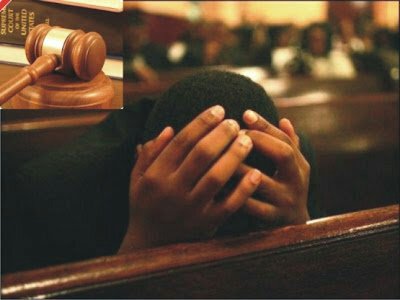 A cultist, who was recently arrested, says his dream of becoming a politician led him to join a secret cult group.

22-year-old Princewill Okechukwu, a 400 level student of the department of Political Science at the Abia State University in Uturu, said this when he was paraded alongside other criminals by the Abia State police command yesterday..

Princewill said he was the leader of the Black Axe confraternity in his school.

“I wasn’t caught in any cult activity. Rather I was arrested because I’m the head of the Black Axe fraternity. I joined the cult because I have an ambition to join politics after studies.

“I was told that there were great men that graduated from our school, who are in government and they can help one to succeed in politics. I have not benefited anything from the cult since I joined.

“The position I occupy was just handed over to me not long ago, and it was the people that wanted my position that betrayed me,” he said

The Police Commissioner, Anthony Ogbizi said he would be arraigned in court soon alongside other suspects who have been arrested.