Home Entertainment Children abandon their mother after a pastor labeled her a witch in...
Facebook
Twitter
WhatsApp

An instagram user has shared touching videos/photos of an old woman who was abandoned by her children after a pastor allegedly told them their Mother was a witch.

The old woman is currently nursing a wound in her leg and because she wasn’t responding to treatment, it was attributed to her being a witch. 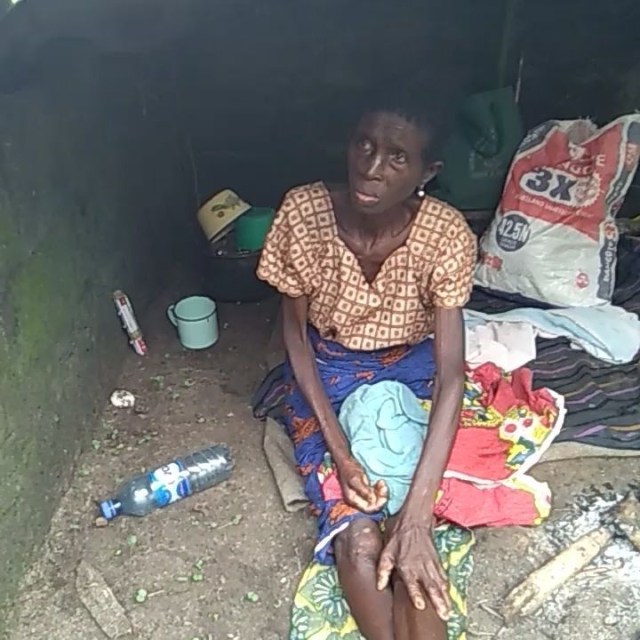 The old woman in this video claimed to have been abandoned by her children who she also claimed to have been living with in the neighbouring community just because she has a leg wound and a pastor told them that she is a witch that is why the wound in her leg is not responding to treatment and that the solution is to send her away before she commits more havoc…now according to her she has 3kids and they are alive, she didn’t kill anyone nor has any diabolical power…it rains on her daily as the roof of the hut she resides is leaking,her leg wound has worsened and she can hardly feed now she is calling on well meaning people over the world to assist her with anything to sustain her life..All i saw in the hut was a small fireplace to generate heat as the downpour gets heavier and a few empty pots😪😪😪 Witch or no witch she deserves to live.
The incident is happening in Owehlogbo,Isoko north local government of Delta state..