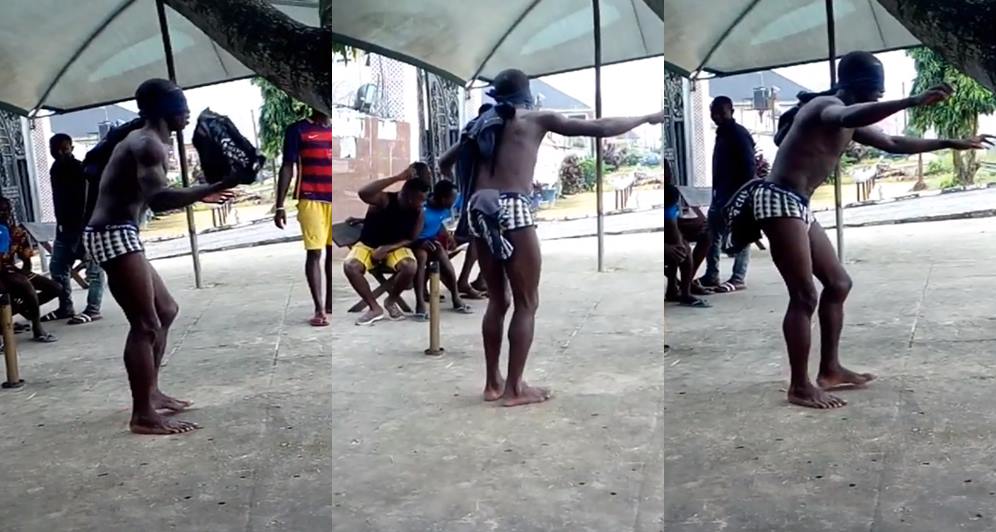 A Niger Delta University student whose name was not given, was made to dance for hours as part of the punishment for allegedly stealing four phones in Bayelsa State.

According to reports, the suspect went to Federal University Otuoke to steal phones and was nabbed while selling the stolen phone.

The Instagram user @iamstillonstill, who shared the video wrote;

“An NDU student left his school, came to another sch(FUO) nd moved 4 phones in a day in Otuoke, Bayelsa Nd was caught wen selling d phones to people… He was asked to dance for hours as punishment… 😀😀 he was later tortured to the brim… ”