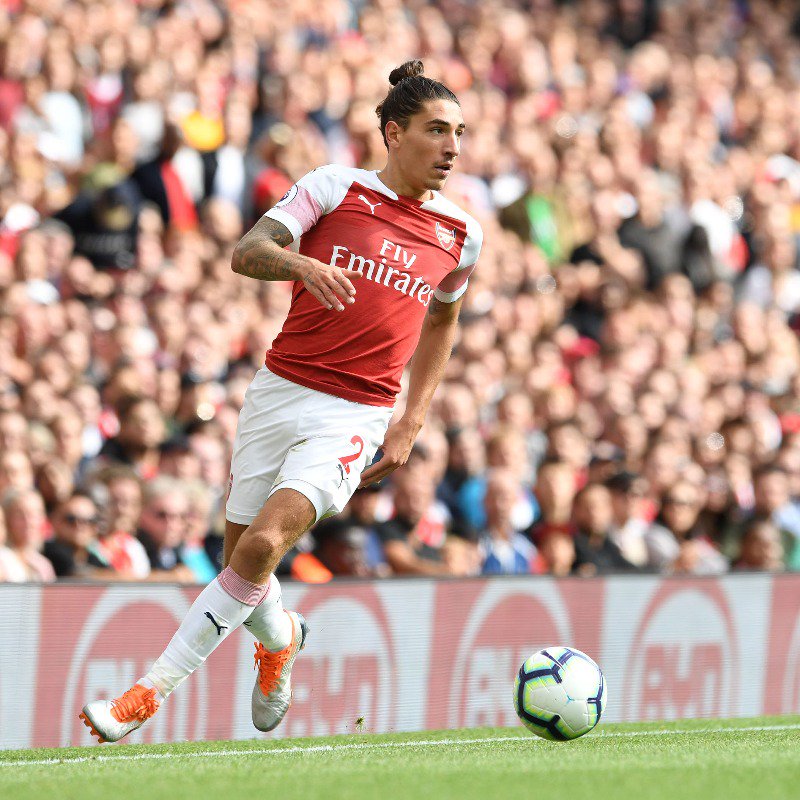 Arsenal’s new coach, Unai Emery, got his first win of the season as his team trashed West Ham by three goals to one. The coach had lost his first two matches of the season to both Manchester city and Chelsea respectively.

He had called for patience as he said he needed time to pass his philosophy down to the team. West Ham got the first goal but Arsenal rallied back and got the equalizer before half time.

They however got the lead through an own goal from West Ham defender Issa Diop and West Ham started mounting pressure out on them.

They put the game to bed in the 90th minute through Welbeck after some nervy moments from their defence.

Their defensive strength didn’t go down well with the fans as they had a thing or two to say.

Playing Mustafi and Bellerin on the same side is like holding the door open for the opposition 🙈#ARSWHU #Arsenal pic.twitter.com/2x9eFkquHO

Good win today, but we, Arsenal, are not there yet. Still weak defensively, fragile in midfield and impotent upfront. #ARSWHU

As much as I didn't want to be be overly negative after two defeats, I can't feel too positive after today's win. Naturally you take 3 points over the performance but I don't feel we were much better than last week. Much improvement still needed. #ARSWHU #Arsenal

We Need To Review How We Conduct Weddings: Daddy Freeze