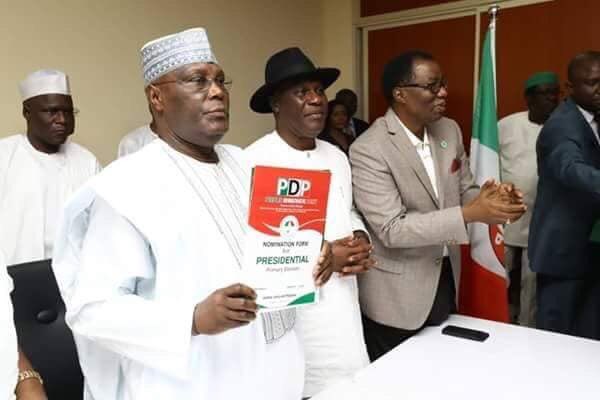 Former vice president Atiku Abubakar is on the race for the 2019 presidential election and that is no longer news. However, Atiku has become a trending topic since Friday, after he wept as he obtained his nomination form.

The former VP yesterday obtained his nomination form in order to join other aspirants of the People’s Democratic Party(PDP) battle for who would represent the party in next year’s presidential election.

Atiku Abubakar was said to have been in his campaign headquarter, when youths in his support group approached him that they would purchase the form for him. They youths were said to have, of their own volition purchased the form for the presidential aspirant.

Atiku, however took everyone present by surprise, when he burst into tears as he purchased his presidential nomination form.

This would be the third Atiku, would run for presidency. The first two were unsuccessful – Perhaps the reason for the emotional outburst. 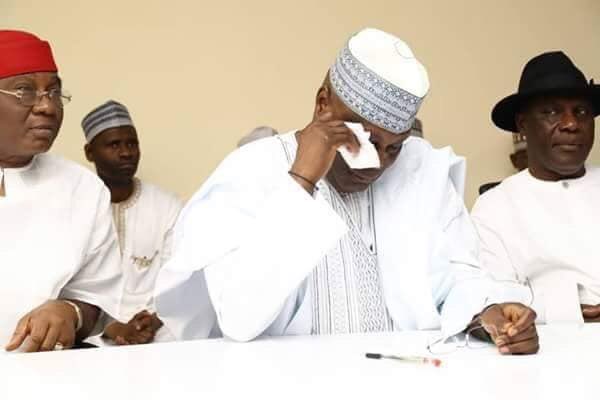 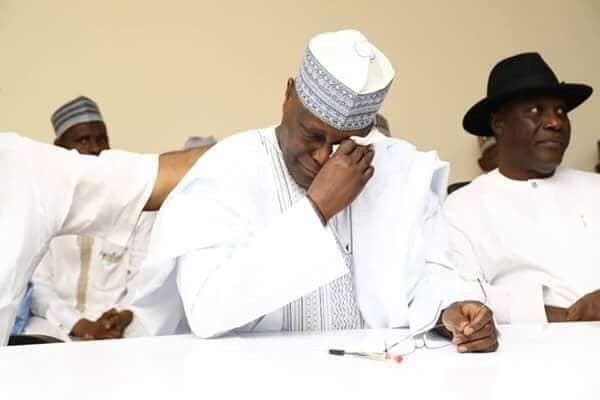 I Will Change Osun In 100 Days, Adeleke Vows

Oshiomhole: The Legacy Jonathan Left, No Successor Can Afford To Do Less