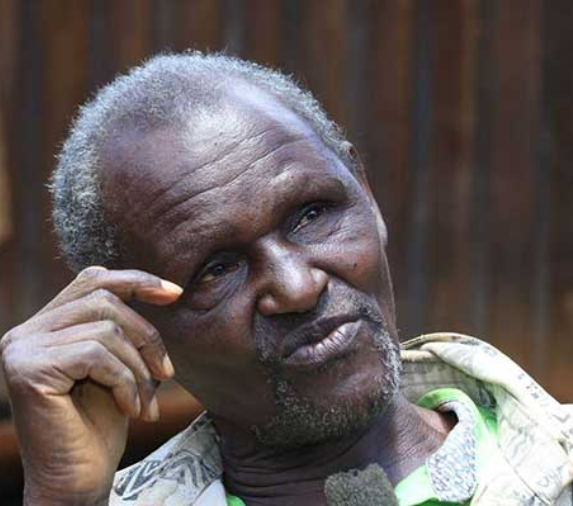 An alleged “prodigal son” fled home 45 years ago returned on Monday, shocking his family members who thought he was dead. He then went on to explain his reason for leaving home.

Samuel Wambugu was 29 when he fled his home in Nyeri, Gitundu, Kenya, in 1974. His father had just taken a second wife when he fled without a word and no one knew his whereabouts. When he wasn’t seen after so many years, relatives concluded that he was dead.

But on Monday, the 73-year-old showed up at his village in Gitundu village sending villagers and relatives scampering as if they had seen a ghost. Ms Bilha Wahinga, his 50-year old cousin who first opened the door for him when he returned, could not recognise him.

I did not want anything to do with him until my mother came and recognised him. My mother knew him and confirmed that it is really him.

The recognition process even involved the village chief.

Gitundu Assistant Chief John Waiganjo Wednesday confirmed to the Daily Nation that, upon research, they were convinced that the man who returned is the long lost son.

We checked his identification card, interrogated him and his relatives. Even some of his peers from childhood have confirmed he is truly the one and are very happy to welcome him home.

Wambugu was a young energetic man when he left home in 1974 but returned old, frail and ailing. His parents are long dead and so are most of his peers. His elder brother also died but his sister is still alive. His father died five years after he disappeared from home while his mother died in 1989.

Mr Wambugu has been staying at his uncle’s home in Gitundu since he returned two weeks ago. He revealed that it was anger that drove him away from home.

My father married a second wife and gave her a bigger portion of land than ours. He treated us differently and mistreated my mother. It made me angry.

Without a clear plan his exodus was bound to be tough and it was. He ended up in Elgeyo Marakwet where he has been living for the most part of the last 45 years.

In Marakwet, he took up herding jobs in exchange for shelter, food and security in the event clashes erupted. At one point he was forced to flee to Uganda where he took up casual jobs for two years. He was forced to return to Kenya when clashes broke out on the Ugandan side.

With old age catching up with him, Mr Wambugu fell ill and was admitted for two and a half months in a hospital at Kapsowar in Elgeyo Marakwet.

I was unable to pay my bills and had nobody to turn to for help. I just felt I needed to go home.