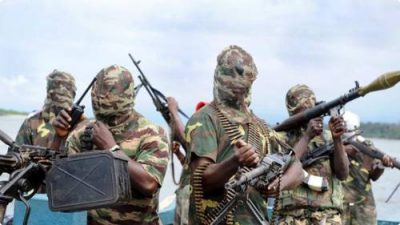 The factional leader of Boko Haram loyal to Islamic State in West Africa (ISWA) Mamman Nur, has been killed by his fighters who rebelled against him, Daily Trust reports.

Nur, who led the 2015 rebellion against Abubakar Shekau and pitched tent with the Abu Bakr al-Baghdadi led Islamic State, was reportedly killed by his closest lieutenants on August 21.

A source close to the group said, “Mamman Nur, who was killed on August 21, is the actual leader of the Boko Haram faction after they parted ways with Shekau. He (Nur) only put Habib in the front as shadow leader because of his father (Mohammed Yusuf).

“The name Al-Barnawy is only being heard as symbolic leader; he was meant to lead so that followers would remain committed to the cause championed by his late father but he (Nur) is the major link of the faction with the Islamic State; the chief strategist around Lake Chad, including their cells in Nigeria, Niger and Chad,” he said.

Another source added that he was killed because “The commanders became disenchanted with Nur’s style of leadership; they saw him as not as rough as Shekau.

“They followed him in staging the revolt because the argument back in 2014 was that Shekau was a hardliner who killed almost everyone, both Muslims and Christians who disagreed with his brand of Islam.

“But according to some of the fighters, after establishing his base in Lake Chad, Mamman Nur too ‘deviated from the real course’ and compromised on so many occasions,” he said.

He added that a major disagreement broke after the release of the 100 girls abducted in a secondary school in Dapchi, Yobe State, in March.

“The negotiation of the release of the girls did not go down well with some close associates of Mamman Nur who released the girls unconditionally, following a directive by Al-Baghdadi,” the source said.

“Nothing was paid before the girls were released and besides, Mamman Nur’s soft approach and close contact to governments and different levels angered his foot soldiers who rebelled against him and thereafter executed him,” he said.

It was learnt that Al-Barnawy had also lost firm control of the group which is now under the “guidance” of a certain commander.

His death comes amid an upsurge in attacks by the Islamist, and experts see a connection between both incidents.

Meanwhile, the Nigerian military has yet to confirm the killing of Mamman Nur, whose wife was reportedly killed on January 6 this year when troops attacked the group’s location in the Lake Chad region.