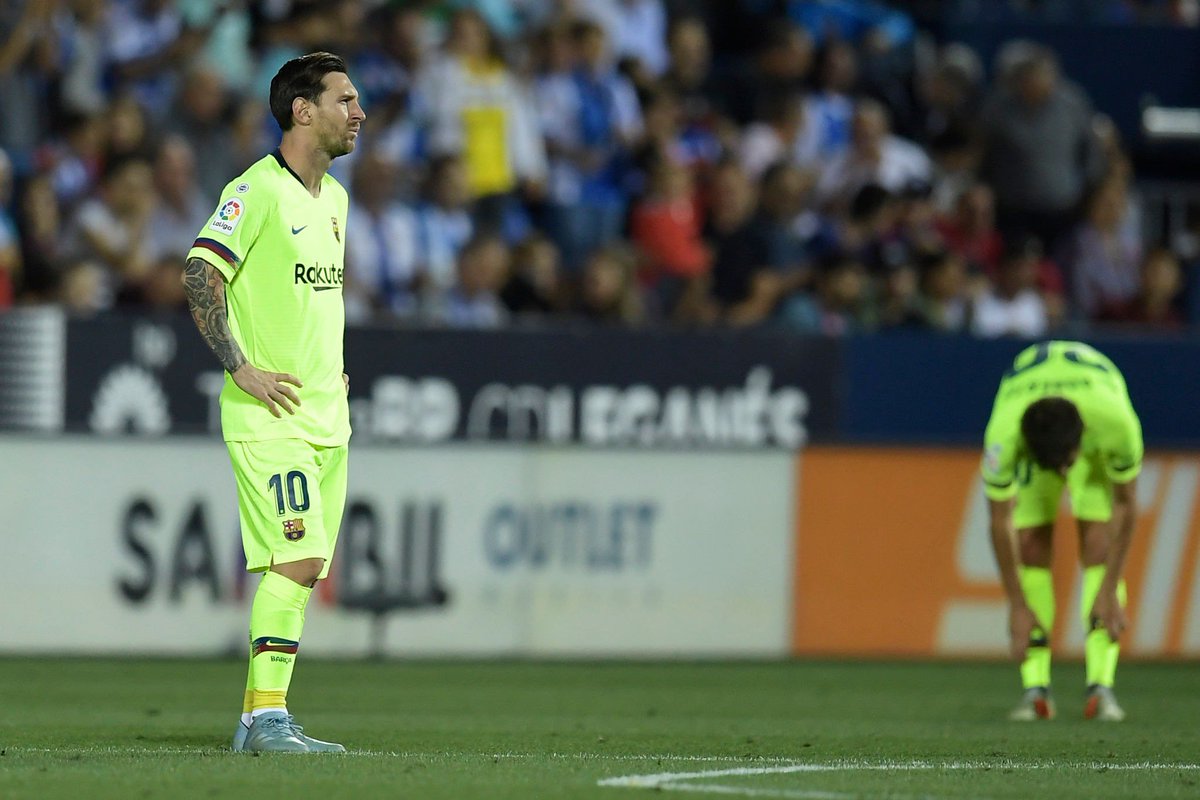 Barcelona’s unbeaten run in the new season has been halted by Leganese yesterday after they threw away a goal lead. The match eventually ended 2-1.

Brazilian  midfielder, Philippe Coutinho, had put Barcelona ahead in the 12th minute when he riffled home a fine 20-yard volley home. They ended the first half with the 1-0 lead but two quick strikes from the home side in 68 seconds turned the contest around and they were trailing 2-1.

Leganese defended their lead in numbers and Barcelona found it very difficult to create anything meaningful in the final third. With the lost, it is now just the second time in La Liga that Barcelona’s coach, Ernesto Valverde, would lose a match since taking charge in the summer of 2017.

Leganese on the other hand were without a win this season and were with just one point from five matches going into the match. The win yesterday became their first of the season.

Share
Facebook
Twitter
WhatsApp
Previous articleGala seller who gave all his goods to prisoners in Lagos, reveals he was once a prisoner
Next articleDavido reacts to doctored photo of Senator Adeleke ‘bowing to Omisore’
- Advertisement -