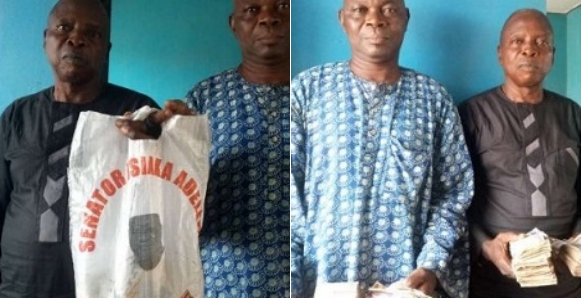 Peoples Democratic Party agents have been arrested by security operatives for allegedly attempting to buy votes in Iwo town in the ongoing Osun State governorship election.

According to Punch correspondent, the agents had attempted to distribute money to voters at the Obada area of Ede in Ede Local Government Area.

They were caught by men of the Nigeria police with ₦604k cash and bags of rice.

According to them, Ward Chairman Molete, Mr. Akin Abiodun gave them the money to buy votes from electorates.