Home Uncategorized Dee-one’s clap back at Ifu Ennada after she called him out on...
Facebook
Twitter
WhatsApp

Deeone and Ifu Ennada seem to have resumed their hostility on IG as we see Deeone reacting to Ifu’s message to him. 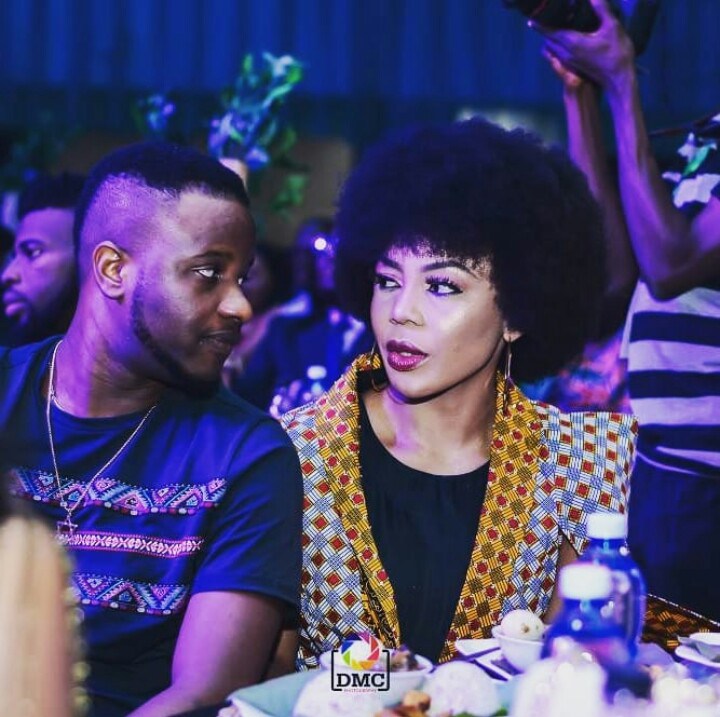 The young entrepreneur and brand owner sent out a warning message to Deeone on IG urging him to keep her name off his mouth emphasizing in a bid to mock him, saying ‘she cannot get in the mud with a pig’.

“Dear @comediandeeone as I write this I’m short of words. You took a clear subtle joke and turned it into a Disaster Trigger. I thought we were supposed to be friends off social media.

I have called you on the phone to know the precise cause of your afflictions, but you’ve refused to take any of my calls or reply your messages.

Is this because I haven’t sent the video you asked me to record for you? Are you really mad at me for this or is there something I’m missing here?

Now you’ve resorted to more name callings on your page. The last thing I want to do is get in the mud with a pig, so I’m going to say this and not revisit this issue

“Dee One, keep my name out of your mouth and sentences. You might have time for frivolities, but I have a business to run and a brand to build. You’re clearly a comedian whose a failure at recognising the simplest joke and I can’t help deliver you from this burden“

Now Deeone has reacted to her post and it seems the war is just escalating, taking to his inststory he wrote; 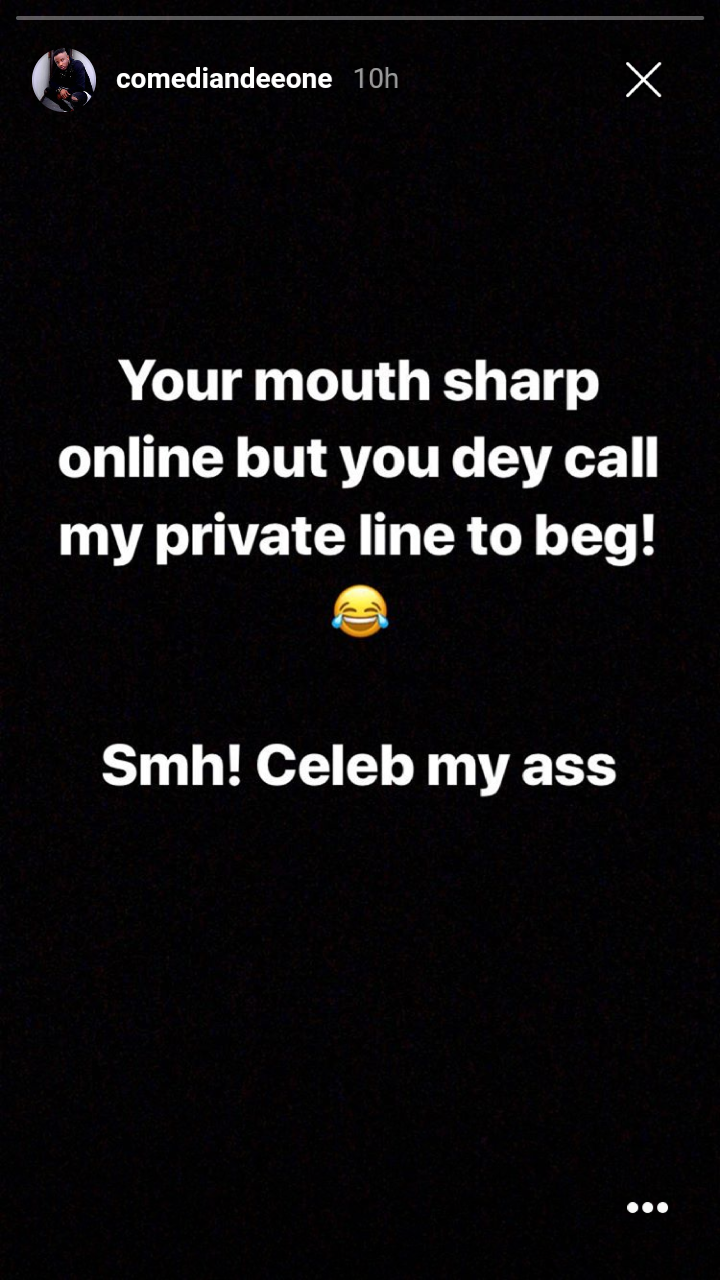