Nigerian comedian, Dee One has sparked outrage on Instagram after making what has been considered to be “very insensitive comments” abut Nigerians and electricity.

The comedian who is also an ex-BBNaija housemate, got his fans really angry after he posted a video on Instagram justifying why Nigerians don’t need to have 24-hours electricity.

According to him, the Federal Government is teaching Nigerians time management which is why there is no 24hour electricity in the country.He explained that if Nigerians had 24hour electricity, they would become lazy and sit around all day watching movies.

However, since Nigerians have power only once in a while, they would value power more when they get it, and of course, make more proper use of it.

The comedian’s comments have however not gone down well with many people on social media, as some have taken to the platform to rain abuses and insults at him.

Deeone’s video has sparked serious outburst of anger from his fans. Many Nigerians have called him names, insisting that he has gone crazy and needs to have his brain examined.

Check out some of their comments below: 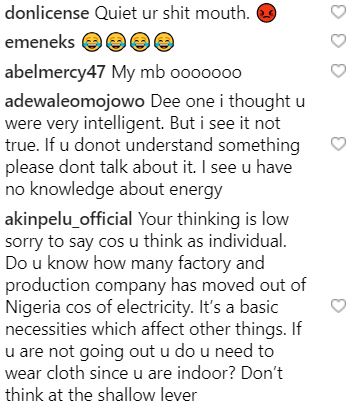 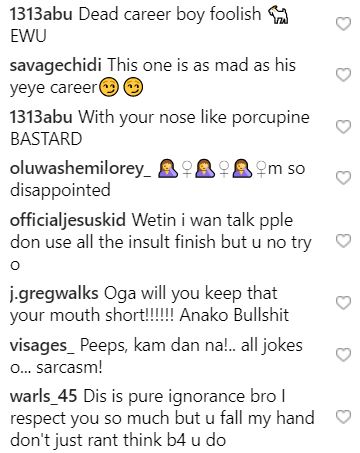 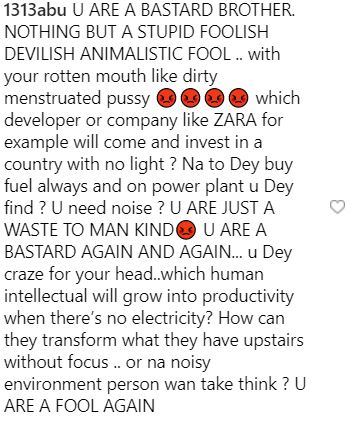 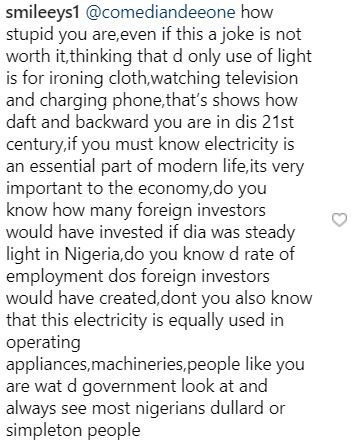 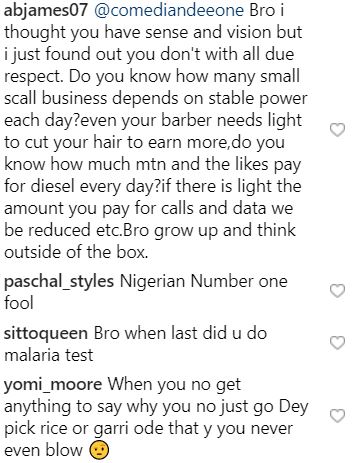 However, even though the video has gone viral, but many people feel Deeone may not really mean what he is saying but only made the comments to trend online.