Home News Feed Nigerian man in shock after colleagues in the US threaten to resign...
Facebook
Twitter
WhatsApp 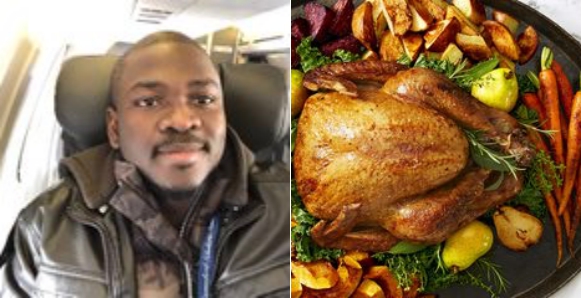 A Nigerian man took to Twitter to disclose how shocked he was, after his fellow workers in the US threatened to resign over Thanksgiving turkey promised them by their boss.

The Nigerian man who stated that the ‘promise and fail’ scenario wasn’t new to him, had a laughter emoji for those threatening to resign.

“About 2 weeks ago , the manager promised all staff Free Thanksgiving Turkey . Since Thursday last week till date , Nobody has seen the manger nor other management staff.while the scenario isn’t new to me as a naija boy ,others are threatening to resign”.