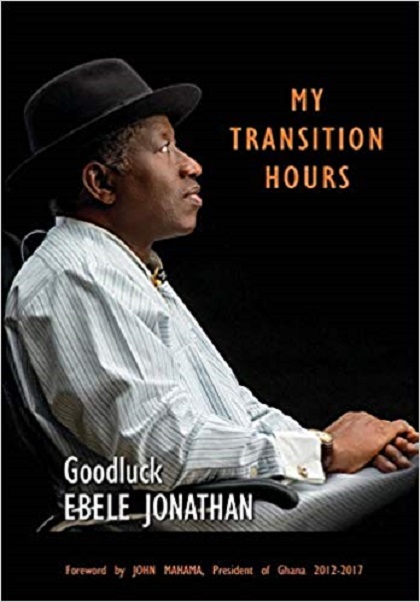 While speaking in his new book, “My Transition Hours”, which was launched on Tuesday in Abuja, Goodluck Jonathan, revealed how his administration granted state pardon to the convicted late governor of Bayelsa State, Diepreye Alamieyeseigha.

According to PREMIUM TIMES, who obtained a copy of the book, Jonathan explained that the decision to pardon Alamieyeseigha amid criticisms, was reached by his predecessor, Umaru Yar’Adua, who could not announce it before he died.

Jonathan said that by pardoning Alamieyeseigha, he merely honoured an agreement reached by his late boss.

“Let me say that after we came to office on May 29, 2007, two major issues that we had to grapple with were the peace process in the Niger Delta and growing menace of terrorism, driven largely by the radical Islamic terror group JamÄ’at Ahl as-Sunnah lid-Da’wah wa’l-JihÄd popularly known as Boko Haram.

“First, our oil production figures were ebbing due to militant activities in the Niger Delta. The federation distributable accrual was dwindling drastically when we took over due to the crisis in the region and president Yar’Adua in seeking urgent solution to increase the revenues of the federation offered amnesty to the militant. One of their demands was that Alamieyeseigha be released from detention and pardoned by president Yar’Adua.

“He accepted their term mandated me to ensure that my former boss accepted a plea bargain and call the militant to order. President Yar’Adua promised to grant Alamieyeseigha state pardon if all parties were brought on board to the negotiation table to restore peace in the region.

“I immediately carried out his instruction. Unfortunately, he passed on before completely fulfilling his promise. When I became president, I granted late Alamieyeseigha a state pardon, in fulfilment of late President Yar’Adua’s earlier commitment.

“Unfortunately, this was frowned upon by some of my strongest critics and some went berserk and haul all manners of insults at me, including accusing me of being ‘clannish’ for granting state pardon to the former governor because he was from Bayelsa State.

“Alamieyeseigha’s pardon like every other goodwill gesture I had made, soon become a tool to be used against me by the opposition,” Jonathan wrote.