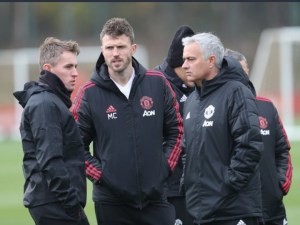 Following the Special One, Jose Mourinho’s sack, Manchester United has revealed his replacement.

According to Sky Sports, Michael Carrick will replace Jose temporarily till a permanent replacement is found.

His dismissal was announced via a statement on the club’s official site:

The club would like to thank Jose for his work during his time at Manchester United and to wish him success in the future.
A new caretaker manager will be appointed until the end of the current season, while the club conducts a thorough recruitment process for a new, full-time manager.