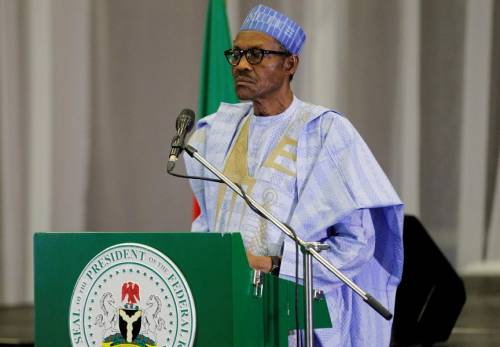 According to him, Buhari has done a lot for ordinary Nigerians and as such deserves a second term. Ribadu said this, while speaking in Yola on Monday at a ceremony to unveil Black Cap Revolution Movement for Buhari and Osinbajo.

“There is consensus among Nigerians of goodwill. Nobody wants return of those faces that are synonymous with our failure as a country.

“For the past three years EFCC and others have been struggling to recover wealth stolen from this country within just a few years. We are happy now that such wanton stealing is not happening. We should not allow those who have no problem with stealing our wealth to get back on the wheels.”

“This state is a farming state. Our farmers have been supported through Anchor Borrowers. We now have fertiliser all over.

“In terms of infrastructure, Adamawa is witnessing massive revolution. A number of roads are currently ongoing in the state. We have never had it so good.”

“Many communities in Adamawa State were under Boko Haram occupation. The capital, Yola, was being threatened but today everyone is at peace, all displaced persons have been relocated to their towns.”